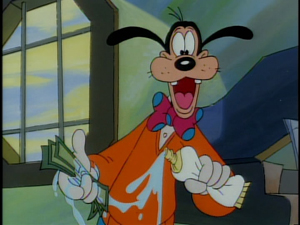 Received a call from the Commissioner of Mental Heath to check out a residential address. An informant called in with the info. that a retarded man has been raising his son alone there for 12 years without government intervention. I grabbed my bag of standard tools (straitjacket, mallet, syringe full of "sleepytime juice," revolver) and headed to the client's home.

I knocked on the door and it was soon answered by a filthy child named M (identities protected for this public report). Being a veteran of the trade, I knew to stay back far enough from the door to avoid the "stenchdraft," the blast of rancid, sulfurous air that usually escapes from these homes in a rush whenever their front doors are opened for the first time in years. But the odors of decomposing food and so many kinds of excrement (animal, human, etc.) were too much for me. I knelt down and threw up for the first time during that visit. M wiped his nose on a crusty, discolored sleeve. He smiled at me and I saw that all but two of his teeth had completely rotted out. These lone survivors were being held in place by purple, rotting gums. I threw up for a second time.

"Muh dad's gunna like you!" The child disappeared into the house. Soon I heard a rhythmic pounding coming from upstairs. G (the father) was jumping on one foot, completely naked except for what looked like a thin coating of Hershey's Syrup. The thwack of genitals against a distended belly followed his stomps on the ground. As he bounded towards me, G knocked over a hotplate, setting a small couch on fire. G reached the door frame, grabbed onto it, and swung his feet out, kicking me squarely in the ribs. "Hello Mr. G," I said. He was repeatedly slamming the front door shut on my leg and laughing. "The Department of Social Services has sent me here to see if you are capable of raising your son. I believe it will take six days."

This is when he started spitting on me. 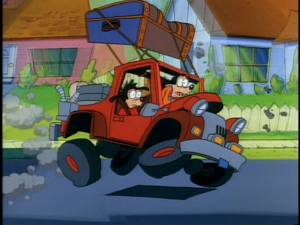 When I arrived at G's home on the second day, I received my first real sign that things weren't going well: he didn't fill out the required paperwork. Instead, he proudly handed me form 34-C with a piece of lunch meat between every page. He smiled, and I saw that he had the same diseased mouth as his son. I threw up once again, which was unfortunate because I happened to be wearing a gas mask at the time ("be prepared" isn't just a motto for the Boy Scouts). After a visit to a local gas station bathroom, I was back at G's to have a discussion with him.

"Mr. G, you have to take this seriously! We could take your son away!" G was pretending to read a nearby Family Matters coloring book. He looked up at me, "I don't gotta do anything cuz' it's mah birthday!" M entered the room, giggling. "It's not your birthday, silly daddy!" This enraged G. He sunk to his knees, screaming. M was frozen in place. G broke a dinner plate on the coffee table, then stabbed his son with it. "On mah birthdays we eat pizzuh!" G grabbed his son by the face and dragged him out of the house through the front door. As I sat there in contemplation, I heard a car start outside. What followed was a 2-hour high-speed chase with the police that nearly ended in G's arrest until I told them he was retarded and under my supervision. The officer in charge of the scene grabbed G by the shoulder and said to him, "Mr. G, I hereby sentence you to... a delicious large pizza with the toppings of your choice!" He winked at me, and I knew this would be a valuable learning experience for G. Then G somehow manged to steal the officer's gun, and I can only say that was a valuable learning experience for me.

What followed in the wake of destruction was a nice family meal at a local pizza parlor. "Mr. G, keep up this behavior and you may get to keep your son by the end of the week!" I looked at him and his face was dripping with tomato sauce and cheese grease. He screamed "FUUUCK" and threw a napkin dispenser through the front window of the restaurant.

We were really making progress.