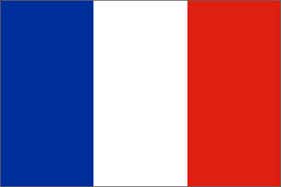 The World's Snot KleenexIn recent times, France's image has been damaged severely in the eyes of Americans, as well as American-like people the world over. With their staunch opposition to the war in Iraq, as well as their unjustified refusal to clean up the mess we made in Iraq, most people can't help but feel that the French are a rotten bunch indeed. Now mind you, this isn't new territory for Europe's effeminate drama queen of a son, it's just an escalation of old bitterness. France has spent centuries carefully cultivating a reputation as no less than the world's finest and most articulate nation of assholes. But is France really so bad? Is it so bad we have to conceal the contributions to this world that they probably didn't contribute in the first place, such as French fries and French toast? Do we have to freedom kiss each other instead of French kiss each other? The answer is no, definitely not. Even when a word takes on a negative connotation, that doesn't mean we have to stop using it or offer some pathetic substitution. For example, when the Nazis began killing millions we didn't rename them the Sourpuss Patrol. And let's face it, those crazy bastards in the Nazi party were a lot worse than the Frenchies, even if they didn't smell as bad.

So what is it about France that elicits such overpowering condemnation? It's a combination of a lot of factors. I'm sure that wasn't the mesmerizing scientific explanation you were hoping for, but Lowtax absolutely refuses to hire me a sexy young research assistant no matter how many times I ask. You creeps should know by now that I'm not the man to come to for answers. But I don't want to short change anyone, so I'll just go ahead and tell a lot of lies for the next thousand words or so. Honest Injun.

A lot of people say a lot of bad things about France, and it's all true and justified. However, France is a part of this world that we have no choice but to accept and do our best to live with, much like an inoperable brain cancer. The country of France is not unlike that one obnoxious kid – and I'm sure everyone knows or knows of someone like this – that spends all of his or her time reading obscure and annoying books, condemning anything too plebian or overused, talking like a profound idiot with obscure words from the dictionary, and generally acting like some sort of social deviant trying desperately to hide the fact they were molested or bitten by a werewolf. Did I mention this person never bothers to take a shower? This explanation also covers France's inability to succeed in battle. That annoying kid always got his ass handed to him on a gritty decorative serving platter whenever things got hostile. I think, scientifically, the reasoning behind this inability to fight boils down to a rare genetic defect where fight or flight responses were substituted with prance or dance responses. And no, I'm not that annoying kid. Shut up. Seriously. 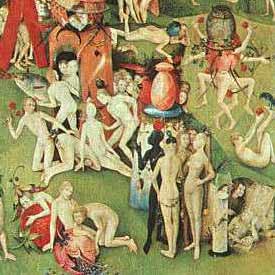 French culture.Some will argue that an inability to prevent getting brutally defeated at every turn is not a mark to hold against a country, but that's only half true. No one would care if the island Kingdom of Tonga, located somewhere in the ocean, possibly under the ocean, or possibly on the moon, got their ass kicked every damn day. Hell, Tonga might be in complete ruins right now. No one knows because it's the freaking Kingdom of Tonga. France on the other hand is famous, more famous than even feisty little Luxembourg, and so they need to be able to not instantly implode at the first sign of danger. True, France hasn't been defeated recently, but it's only a matter of time before some tourist tries to ask for directions and the entire French populace mistakes it for a military coup and gives up control. If you think that's crazy, just keep in mind that warm weather practically killed half the country this summer.

A lot of you will say, "But Shithead – oops – I mean Josh, take a look at French culture! Isn't it the cat's meow magnified through a North Korean propaganda tower?" You can ask me that, and I'll do my best to not to restructure the layout of my hand into a fork, using my fingers as tines, and jamming them straight into your precious eye sockets while shouting "BETRAYER!" for some incomprehensible reason. There is something fundamentally wrong about glorifying French culture, especially when enjoying it firsthand requires you to put a clothespin over your nose and convince yourself that those cartoon stink lines you see are part of an all-consuming psychotic breakdown. No one should have to feign insanity and degrade their olfactory senses just to appreciate a culture.

France promotes itself for having a wonderfully sophisticated and pure language. I don't know what's so fancy about it, because it sounds like somebody trying to talk with a mouthful of spoiled cheese and poisonous spiders. And oh what a pure language it is, where a vile English word like "e-mail" gets transformed into the beautiful courier electronique. If somebody told me they were going to send me a courier electronique, I'd be worried that they just somehow raped me without ever really touching me. The only thing impure about e-mail is that it provides a means for me to get roughly ten thousand ads for pornography and magic telescoping penis medicine each and every day. Don't get me wrong, I'm not saying the Franch invented spam, because if they did we would definitely have some hideously gay name for it. E-mail was a fine enough word, even if it was invented by us snazzy English speakers. It's even got a hyphen – the laser beam of punctuation – in it! How cool is that? Meanwhile, the French language really does sound like somebody throwing up in your ear. While that might appeal to various aural abuse subcultures out there, it sure doesn't get my motor running. I suppose all that goes hand and hand with the mystique of the average Frenchmen, who captures the charm and suavity of a sex offender. It's not hard to imagine a dirty Frenchman being a repeat customer of unwilling women's vaginas, although it's a lot harder to get that image out of your head I suppose. Sorry.

What else does France have going for it? Well, there is Paris, which is a sort of central meeting cave for the various cave dwellers of the country. You can give them a few points for having the Eiffel Tower, but then that kind of looks like a glorified power antenna. If that is what passes for an international landmark these days, then I know some power lines around my house that have been sadly overlooked. There is a pretty neat sandbox and slide near me too. If it's art and history you crave like crack, don't forget France's beloved La Grande Louvre art museum, chock full of famous paintings from around the world, as well as the crude crayon etchings from the local folk. It's not much to look at, I know, but thanks to the universal nature of art even civilized people can take meager satisfaction in viewing it. Some consider France the cradle of the arts, and that's probably true since French art accurately depicts the emotional trauma of crib death.

The King of France.All of this casually saunters back to the original point: France is an awful place, but it's a place that exists. It has nothing to offer the world except for more sass than a "Golden Girls" marathon and a pungent aroma that roars with the gusto of a thousand garbage dumps. We can choose to fight them and win, or we can choose to just ignore them and hope they grow out of this ridiculous phase. Personally, I think the United States should just declare them a part of the Axis of Evil and be done with it. Not because that would piss off France, but because being lumped in with France would be a crippling blow to the morale of Iran and North Korea. Then, while those countries are depressed and running scared, we throw the world a curveball and invade Tonga. It's a solid plan and you know it. In all seriousness, I joke about France and say some mean things, but I don't really hate it. I just want it to die.

Now that all that is said and done, I'd like to apologize to the human community. I've obviously reached the bottom of the barrel if I'm down to mocking France, and it's nothing but jokes about monkeys, cheese, and flatulence from here on out. See you next week, you lucky devils!

Hello gentle reader, it's your old pal Taylor checking in with a brand new ROM pit review! This week's video entertainment calamity is a fine little ditty known as "Al Unser Jr's Road to the Top", and it's the only game I know of that features both go-karts and snowmobiles.

This is the most obnoxious of the four vehicles, simply because each go-kart engine sounds like a teenage nerd with a high-pitched nasal voice attempting to gargle a beehive. Each go-kart track is littered with tiny puddles of water, and touching any of these puddles will make your kart instantly whip a U-turn and skid backwards to a stop, where you will undoubtedly be hit head-on by at least three CPU racers in the process of working through their complicated AI instruction sets. (“go forward”)

Use your skill! Al Unser Jr demands it and it is not wise to disappoint him.