Every Conceivable Way EA Could Screw Up Star Wars: Squadrons 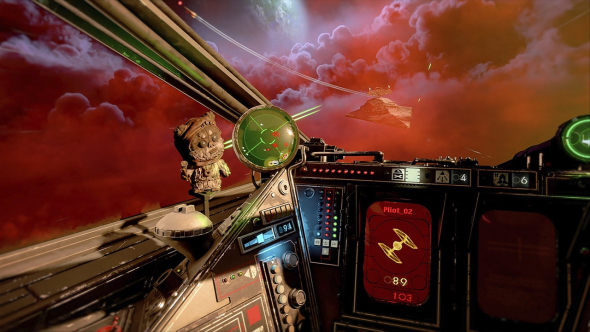 We're getting a new cockpit-focused Star Wars flight game this October! While visions of the classic LucasArts simulators X-Wing and TIE Fighter do barrel rolls in our heads, we should temper our expectations.

After all, this is DICE and EA. Lots of things could go wrong. So many things.

At the beginning of every mission you could get into your ship by walking into a spinning powerup hologram. 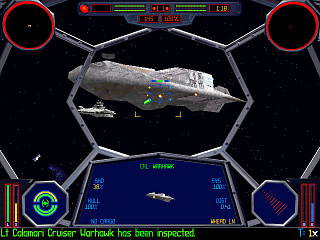 Due to oversight they might not get the rights to the Lucas sound library. Every laser in the game would produce the sound of an M1 Garand.

EA could hand over development to BioWare. In turn, BioWare could follow their standard operating procedure and do absolutely nothing until September. Then when the game launches as a complete mess it would be lauded as "having potential".

The game's full VR support could turn out to be a shooting gallery minigame within the cockpit of your ship, which you cannot turn off.

So much detail could go into recreating each ship's cockpit that the developers simply forget to render the rest of each spacecraft. Just a bunch of instrument panels and pilots zooming around in space.

You can redirect power from shields, which is great. Unfortunately, you can only direct that power to close your cockpit's blinds.

The multiplayer could have WACKY CHARACTERS with OUTRAGEOUS DESIGNS and LOTS OF ATTITUDE and UNIQUE ULTIMATE ABILITIES. Hello, E-Sports!

Remember how the classic X-Wing and TIE Fighter PC titles made you feel like you were inhabiting a lived-in corner of the Star Wars setting with tons of minor interactions and relatively mundane quiet stretches that give the big moments more meaning? Well, Squadrons could have lots of explosions!

Players with flightsticks could find out that moving the stick around simply moves a virtual mouse pointer around the screen. Throttle forward performs a click. Throttle back uninstalls the game and formats your hard drive.

All the promised parts could technically be in place, but the entire experience could turn out to be flashy but ultimately inconsequential. Like a Battlefield/Battlefront campaign.

Maneater
Your goal (much like all other sharks) is ultimately to level up enough to leave the water and electrocute humans. 7/10

Minecraft Dungeons
I am pleased to tell you this is not Darkspore 2.0. 6/10

Streets of Rage 4
It might seem odd that Streets of Rage 4 gets the same score as The Last of Us Part II, but to be honest I was probably a little generous to TLOU2. 7/10

Predator: Hunting Grounds
Your goal (much like all other predators) is ultimately to level up enough to leave the ship and electrocute humans. 3/10