In the wide world of entertainment, such as movies and TV shows, careless writers and directors often let errors slip into their stories. The average viewer fails to notice these errors, for they can be as subtle as a glass of water being half full in one shot, then completely full in the next. This is also because most TV viewers are stupid, vile savages. To a highly trained pair of eyes such as mine, these continuity, story, and visual errors are often jarring and offensive. This week I've completed a list of some of the most atrocious errors I've ever seen on the small screen in hopes of getting the people inside my TV to get their acts together. I'm keeping watch. 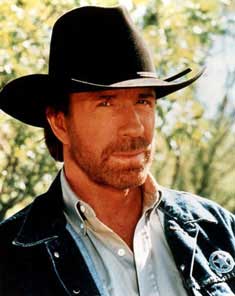 Chuck Norris starred as Cordell "Cord" Walker for nine seasons on the hit show "Walker Texas Ranger." How a show with such sloppy production lasted so long, I don’t know! In episode #7.9, "Paradise Trail," Walker dropkicked guest star Sheree J. Wilson in the head, decapitating her and splattering her brains against the wall. However, the splatter marks on the wall were more consistent with someone being drop kicked in the head by snakeskin cowboy boots. Walker was clearly wearing leather cowboy boots.

In one scene from "Cybill" episode #3.8, "Going to Hell in a Limo: Part 1," actress Cybill Shepherd can be seen chatting it up with co-star Tom Wopat. Most of the scene features close-ups of the actors' faces, however, as the camera switches to show both actors on screen, Cybill Shepherd is clearly sporting an erection.

In the "Friends" episode "The One with the Old Man's Tooth," Ross claims that you can get hepatitis from eating an old man's tooth. Scientifically, this is not true. As a paleontologist, he should know that.

In the "Seinfeld" episode entitled "The Swing Set," Kramer says that his father was eaten by a cougar, which he mistakenly calls a "mountain lion." Cougars are not actually lions, they are in the badger family.

In an episode of "The Practice" titled "Stowaway Renegade," Dylan McDermott has both legs through the same pant leg for the duration of a courtroom scene. 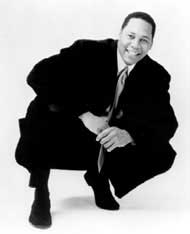 The show "Hangin' with Mr. Cooper" was quite popular for its comedic portrayal of loveable African-American high school teacher and basketball coach Mark Cooper, however, it sparked major controversy when it was revealed lead actor Mark Curry was a white journalist who chemically altered his skin color to document the conditions of black sitcom actors for a book.

After it was retooled, "The Single Guy" featured a black character. There are no black people on NBC except for Al Roker. It is stipulated in his contract that he can be the only black person on NBC.

In the pilot episode of "Becker" we are introduced to the bitter, acerbic Dr. John Becker, played by actor Ted Danson. This entire show is not even possible since Ted Denson died tragically in 1996 when he lost control of his car and veered into oncoming traffic.

In the "Star Trek: The Next Generation" episode "Extra! Extra!," Lieutenant Geordi LaForge sets up the official newspaper on the Starship Enterprise and goes about harassing the crew for scoops. Lieutenant Worf fires back by starting a newspaper of his own, and the two go at it trying to out-scoop each other. After a tense rivalry that strains their friendship, the two combine efforts and boast having a readership of over 1,500. In reality, the NCC-1701-D Enterprise has a crew and passenger load of about 1,012, making such a reader base impossible.

In the paranormal drama "Lost," castaways struggle to unravel the secrets of their mysterious island home before the island unravels their sanity. Amazingly, in spite of a complete lack of amenities such as razors and shaving cream, no one can explain how beautiful Canadian actress Evangeline Lilly's character is able to keep such a well-groomed beard and mustache.

After Vice-President Dan Quayle criticized the show "Murphy Brown" for depicting Candice Bergen as a single mother, the producers immediately fired back by re-tooling and re-casting the baby character as a black lesbian. This attempt to ride the controversy ultimately failed since no one was watching in the first place. No one... but me!

In one scene from "Coach" episode #5.3, "Father of the Year," series star Craig T. Nelson argues with co-star Jerry Van Dyke about whether or not they should open the Ark of the Covenant. Van Dyke insists on doing it, but relents after opening it halfway. He quickly closes it and apologizes for being foolish. In the next scene the Ark of the Covenant is still half open as Nelson talks about sandwiches with a visibly melting Bill Fagerbakke. 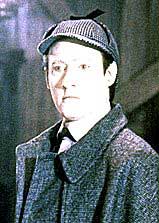 In "Star Trek: The Next Generation" episode #4.17, "The Data Rod," Lt. Commander Data tells Wesley Crusher that his penis is made out of indestructible micro-thin tritanium tubes. In a later episode, however, Data detaches his penis and files it down so that he can use it to perform a tracheotomy needed to save a dying man when the away team is marooned on a planet without technology or medical supplies. Was Data just messing with Wesley when he said his penis was indestructible? If so, why would an emotionless android do that?

In the series finale of "Major Dad," Major Dad fights a clone of himself. However, the clone is actually actor Gerald McRaney's brother Reggie McRaney, who is two feet taller than Gerald. Barring extraordinary circumstances, a real clone would be the same height.

The sitcom "8 Simple Rules... for Dating My Teenage Daughter" chose to incorporate actor John Ritter's tragic death into the series. It was explained that John Ritter's character Paul Hennessy died and went to Heaven. But a later episode of the series contradicted this by revealing that Paul actually died and went to Hell, where he was suffering horrifying agonies at the hands of Satan.

In numerous episodes of Saturday Night Live's 29th season, the cast members can be seen laughing and giggling during sketches. This is perplexing because none of the sketches were even remotely comedic in nature.

Want to become a goof spotter like me? Keep your eyes peeled to the airwaves and watch every show like a hawk would watch its prey. Watch every show three time – once to note the dialogue, once to note the background details and their placement in every shot, and once in the context of the overarching storyline. You must do this if you want to watch TV professionally, otherwise you're just a pathetic chump staring at a magic flashing box. Don't be that chump!