So, like I was saying in the headline, a bear walks into a diner. He orders a ginger ale, but it turns out this establishment doesn't offer that beverage. Boy, is he surprised! And ... that's the joke. Maybe you're thinking "That's awful. I thought I'd already heard the Worst Joke of 2010, but this is a strong contender at the last minute!" Well, that's probably because I told the joke using "words" like the old maid that I am, when it was designed to be communicated in ultra-modern "Web comic" format. Here, let me present this fine witticism in its intended format:

Hilarious, right? Well, the SA Forum Goons still didn't think so, which led to a long string of suggested improvements. 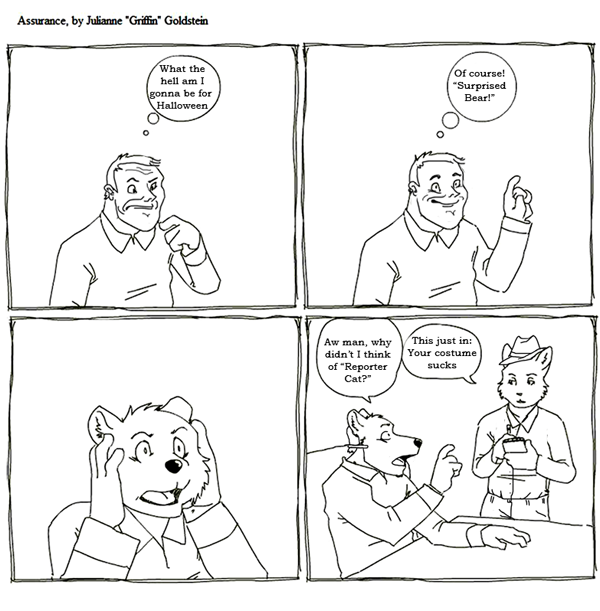 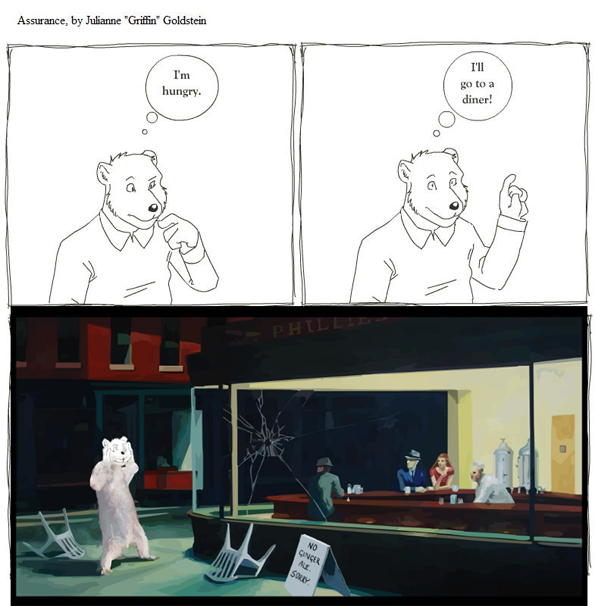