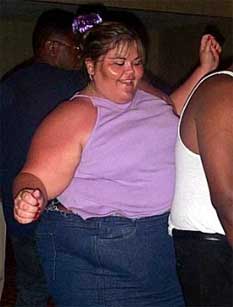 Victim of the 20 Year Speedbump.

I remember a mythical time of yore when I could eat anything and get away with it. You see, my body was an entirely different creature back during my youthful days of ignorance, a wonderful machine which possessed the power to transform blatantly unhealthy objects like Kool Aid and chocolate-dipped GI Joes into vital chemicals that my system needed, such as energy, protein, and embalming fluid. I would spend hours in my parents' basement, coding complex BASIC games which invariably never worked, while inhaling bags of Cheetos and raw corn starch by the metric ton. Anything containing at least 100% unrefined or 100% refined sugar was an excellent culinary target, as you can plainly see in this diagram of my three basic food groups:

FOOD GROUP #2: The Deep Fried Group - McDonalds, Wendys, Taco Bell, Pizza Hut (I would buy pizzas and bring them over to McDonalds where they agreed to deep fry them for me in exchange for promising to never ever ever sue them), $2.50 county fair funnel cakes which I bought by giving the owner roughly $15.00 in county fair tickets.

FOOD GROUP #3: The Fruits Group - Watermelon Hubba Bubba, cherry Slushies, grape Nerds, strawberry Lick-M-Aid (which could also be classified under the "Sticks" group due to the fact that each pouch came with one of those thick white sticks composed entirely of sugar and various interdimensional substances).

I never gained a single pound and usually remained underweight despite my seemingly intentional efforts to make my body die a slow and doughy death. My parents would say utterly insane things like "stop drinking so much soda!" and "eat your vegetables! You need some vitamin N in your diet or else you'll grow up and have ungodly teeth like Gary Busey!" Of course I never listened to them, usually because I was too busy trying to finish coding a program which played "Turkey In the Straw" while displaying three flashing rectangles which didn't move at all but probably should've. I was under the impression that things such as "vitamins" and "foods which weren't composed of 98% congealed lard" were myths like dry land and would do absolutely nothing for my health and general well being. 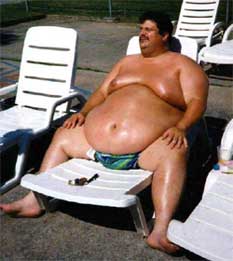 Victim of the 20 Year Speedbump.

Although that day was nearly five years ago, I still recall the harrowing moment when I hit that 20 Year Speedbump and discovered my body's digestive system could not act like Superman, unless of course we're referring to the Superman who was nearly killed by a horse. I was sitting around in a darkened room, engaging in an intense political ICQ debate with "aNiMeFaN-7283," when my gut began to suddenly clench and produce a series of comical noises resembling an otter caught in a Volkswagen's fan belt. Despite the fact that I had recently gorged myself on a monumental buffet of Del Taco and various authentic French pastries produced by one of the million Vietnamese families who inexplicably own bakeries in southern California, I could brainstorm no logical reason as to why my stomach suddenly turned on me.

"That's odd," I thought. "My stomach doesn't normally produce such violent noises unless I'm trying to digest entire bicycle parts." I promptly forgot about the incident and went back to typing "LOL" as fast as I could.

Things spiraled directly into cholesterol hell from that point on. I noticed that my energy levels began to exponentially decrease and soon I lacked the energy to successfully weep about my pathetic life for consecutive hours throughout the day. My sleeping patterns descended into a bizarre ritual of waking up every 15 minutes covered in a mixture of sweat and liquid fat that my body was attempting to physically escape through my skin pores when it assumed I wouldn't notice. Worst of all, a large, bowling-ball sized pocket of horrible things was beginning to gestate above my waistline, threatening to flow over and engulf my pants if I refused to meet its outrageous demands. I was initially unable to determine the cause of this severe malaise, instead blaming a variety of outside factors such as the city's water purification system and swamp gas. In the meantime, I continued to devour wheelbarrows full of cheddar-covered bacon cakes while refusing to participate in any physical activities more strenuous than belching.

Eventually it dawned on me that perhaps, just perhaps, my numerous ill effects were not directly caused by third party sources such as the phase of the moon, but rather due to something more personal: my diet. If you take away anything from today's update, and I am fairly certain that you will not, I would like you younger assholes to realize that you will all eventually hit a pothole during your body aging process, a catastrophic event which will turn your entire world upside down and topsy turvey and catercorner and helter skelter and snuffleupagus. You know all that stupid crap your parents used to endlessly babble about the importance of eating vitamins and objects that were not 98% man-made chemicals? Well it all eventually starts to come true like a darkened bloody prophecy in your early 20s. Trust me on this one, guys. If you don't believe me, I've got a mammoth fleshy sack of eclairs and barbequed ribs hanging off my stomach that will convince you otherwise. 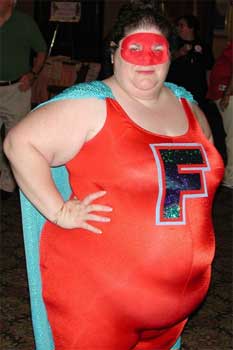 You'd better believe this is a victim of the 20 Year Speedbump.

Now I'm well aware most kids will ignore my dire warnings and dismiss them as the ravings of an elderly 27-year old man who spends his spare time engaging in lengthy pantless conversations with his pets about why there should be a sequel to River City Ransom. I admit I'm not "hip" and "with it" and I lack the "radical" street smart lingo that you crazy teens "jive" to in these complex days of cellphones, hovercars, and formica tables. But I want to explain that I was once young and virile, convinced my body could overcome whatever noxious substances I threw into it. I somehow assured myself that I was blessed with a mysterious alien metabolism which possessed the ability to convert Big League Chew into vital nutrients my body required. As I continued to age in a linear fashion, it slowly dawned on me that this was not the case, and my body was just like every other average jerk's body, only considerably more greasy and horrible. I had hit the 20 Year Speedbump and this violent jostling shook up every single internal organ to the point where they now refuse to work unless I offer them hefty cash bribes.

So what changes does the average fleshy human shell experience after plowing over the 20 Year Speedbump? Here is a brief list of items that I could recall offhand, although you'll have to bear with me because my memory isn't quite as good as it used to be and I have a tendency to either repeat things or forget them completely.

SYMPTOMS OF THE 20 YEAR SPEEDBUMP:

I just want all you kids out there to know I was once like you. I could eat tons of junk food, never exercise, and somehow get away with it. I naively assumed my body would be able to keep up its seemingly insatiable fat-burning engine which required absolutely no maintenance on my part. My body was a GIPO machine, a Garbage In, Poop Out system which allowed the bad things I routinely crammed down my gaping maw to effortlessly slide out of my rectum like a small Crisco-covered Jewish man gliding over a Slip N' Slide. Once I hit the 20 Year Speedbump (which can occur at any age from 20 to 29), everything changed and my GIPO system was transformed into a GISF computer, allowing garbage to come in but then shrewdly deciding to save the fat and hold onto it as if it were a precious jewel sought after by bloodthirsty Nazi mummy Frankensteins.

So in the interest of providing the best life possible for teenagers all across the world, please take my advice: LIVE THE ABSOLUTE MOST UNHEALTHIEST LIFE POSSIBLE WHILE YOUR BODY CAN STILL SUPPORT IT. Dine at Kentucky Fried Chicken every day, demanding they use your french fries as sponges to absorb excess spilled grease across their countertops. Chain smoke so many cigarettes that William S. Burroughs spins in his grave. Break into your parents' liquor cabinet and chug whiskey until they come home and discover you're on the verge of dying from alcohol poisoning. Refuse to exercise on the grounds that it violates your ethical religious beliefs. Also be sure to watch a lot of pornography. This won't really affect your digestive system that much, but hey, you'll probably have fun doing it. Your body will heal itself and continue to run in top shape until you hit the dreaded 20 Year Speedbump, the point in your life where all the metabolism fun ends. These are the best years of your life; why not fill them with the worst things of your life?

I once got busy in a Burger King bathroom

We've all been there. Sitting on a plane, while the kid behind us kicks our seat, the guy in front of us leans his seat all the way back, and the fat guy next to us is taking the armrest for a few folds of fat. And where do we turn in this time of need? That's right: the SkyMall magazine that has ever so lovingly placed in the little fabric magazine holder on the back of that jackass's seat. I've whiled away countless hours looking at crap that didn't want, need, or understand. So the Goons did what any self respecting member of the forums would do. They photoshoped the hell out of it for this week's Comedy Goldmine. I use a word that don't mean nothin', like looptid.