Pharmacies and the Depressed People who Love Them 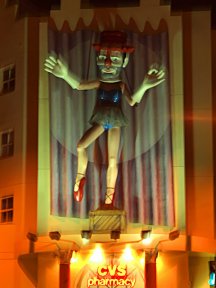 Nick is walking to the pharmacy to get his antidepressant prescription refilled. He's been off antidepressants for a few days and it's turned his world upside-down - literally - because his brain is too depressed to flip his eyes' upside-down images, making everything look inverted.

Nick's eyes are pouched and he walks sluggishly. He didn't sleep last night because antidepressant withdrawals give him nightmares. In one he's the cartoon head in Zoloft commercials, running through a Pac-Man maze eating Zoloft pills while being chased by the ghosts of the happy, successful people he could have been. In another he's dating a girl who says she's a cutter and he asks her how long she's been cutting herself. "I'm a cutter, not a cuttee," she replies and stabs him to death.

In the pharmacy a girl named Julie rings up a prescription, snickering because it's such a low dosage - pharmacists look down on people with weak prescriptions, just like convenience store clerks look down on people who buy weak alcohol. Mocking customers is the only perk of this shitty job, which she never wanted. Like most pharmacists, Julie started as a casual legal drug user, but eventually started selling to support her habit. She wishes she'd stayed in college; maybe then she could have become a millionaire and fulfilled her dream of marrying Usher.

Julie daydreams that she's filling a prescription when suddenly the lights dim and the medicine bottles start glowing, bathing the room in orange light. "DJ Got Us Fallin' in Love" plays on the intercom and Usher appears by her side. They embrace, surrounded by customers whose medication withdrawals give them seizures resembling twerking. 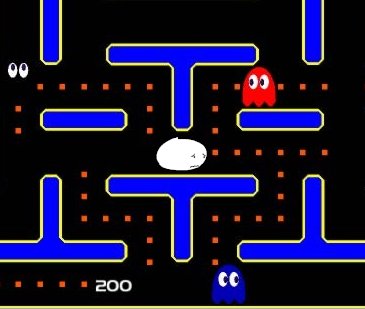 Nick can see the pharmacy sign in the distance. Upside down, the mortar and pestle look a lot like the Taco Bell logo. The pharmacy has always reminded him of Taco Bell, mostly because he works there and the job makes him depressed. There's a girl there he likes and once told she was his muse - or almost did. He got as far as "you're my" before she said "your muse?" in a condescending voice. Like all males, Nick seeks love out of a subconscious desire to return to the womb, ideally the womb of a woman who takes lots of antidepressants so he can mainline them umbilically.

Nick isn't the only person who finds the Taco Bell and pharmacy logos similar. Old people sometimes confuse them, go to Taco Bell for their heart medicine, get served triple beef burritos and die of heart attacks. The conglomerate that owns all fast-food and pharmacy chains has thought about changing one of the logos, but reusing the same image saves on trademark fees.

Nick, of course, doesn't know that his employer and pharmacy are the same company, and he definitely doesn't grasp the ingenious way they boost each others' profits - fast-food work makes people depressed; antidepressants make them crave fast food. If he did, the fast-food/drug trust would have him killed, just like they kill everyone who overdoses on antidepressants to hide that fact that overdosing on antidepressants cures depression forever.

Nick's withdrawals have grown into an intense depersonalized feeling. In most people, this symptom feels like their soul is floating helplessly a few feet above their body, but in Nick, who already feels depersonalized by his job, it has a synergistic effect, launching his soul hundreds of feet in the air. From up here, he can see the whole strip of urban sprawl he walks down every day, tracing a line back and forth from Taco Bell to the pharmacy. The tiny buildings remind him of a collage, like the girl at Taco Bell's art project where she glued a bunch of seashells to a canvas in the shape of a vagina. He can see how all the stores - the gas stations, minimarts, restaurants - combine into part of something bigger. Not its vagina (although maybe it has one) but its mouth, the rows of stores forming two enormous jaws, poised eat everyone on the street.

When he finally gets back to his body, Nick's withdrawal pangs are even worse - his brain feels like a private Guantanamo for his consciousness. He's almost at the pharmacy when he stumbles over a newspaper. He picks it up and reads the upside-down headline - "World Doomed." Below the headline is a satellite photo of a swarm of meteors hurtling toward earth. But to Nick they look like a cloud of serotonin molecules flocking to a receptor. He drops the paper and jogs toward the sliding glass door.