What's up with Peyton Manning's Forehead?

Peyton Manning seems like he's probably a funny guy. I mean, just look at him out on the football field, flapping his arms and doing all sorts of goofy gesticulations to loosen up his teammates between plays. When the center hikes the ball, he's all business for a few seconds, but then it's back to improv comedy ("audibling," in football jargon). Back in February the SA Forum Goons wondered what team would be able to lure football's Clown Prince; now that he's a Bronco, they've moved on to performing the rites of divination on the red mark on his forehead!

Peyton Manning has a busy schedule these days selling Buick sedans and rallying past the Chargers. Here he is taking smelling salts during the fourth quarter of a 31-21 loss to the Patriots: 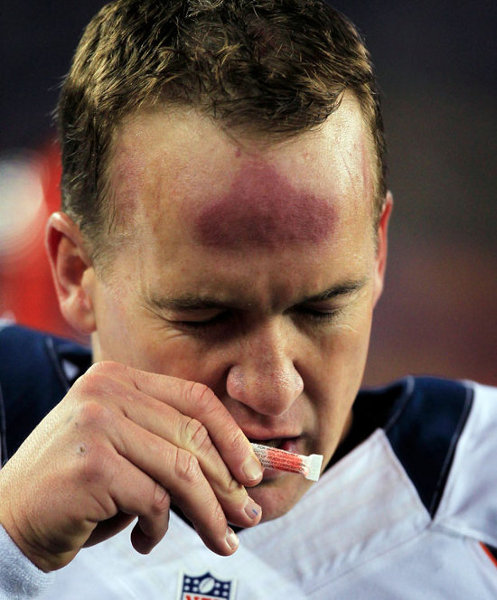 There's something very strange going on with his forehead. I thought we might be able to take the NFL in new directions, and Mr. Manning has been kind enough to lend us his large canvas. 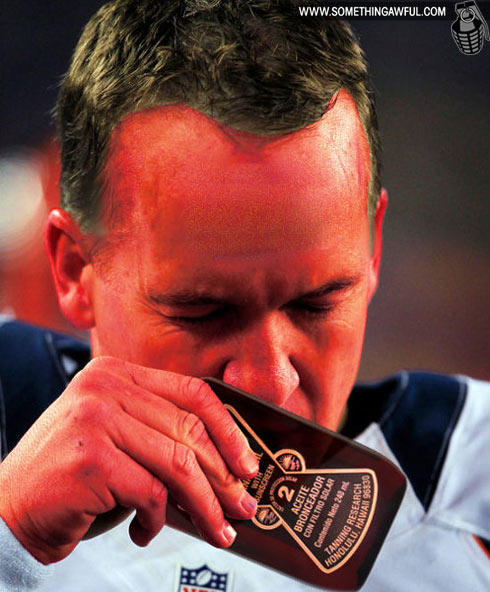 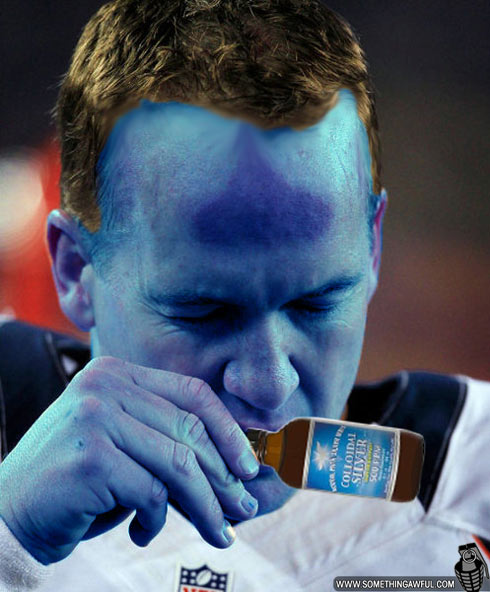 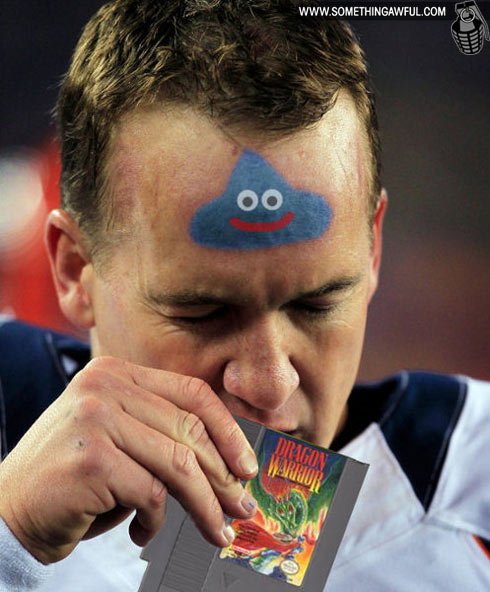 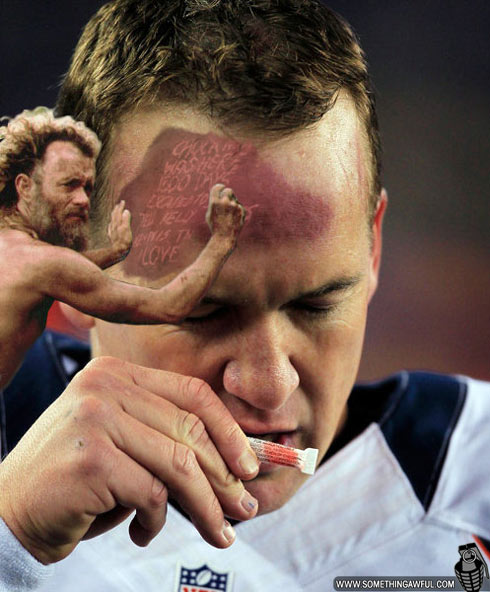