Thursday, Apr 30, 2015 by The American Institute of Freedom and Liberty

Racism has been dead for 50 years thanks to the monumental efforts of Martin Luther King, Jr. But do our children know the details of his world-changing actions? In this special supplement by the American Institute of Freedom and Liberty, learn how one man ended injustice forever with a single speech. 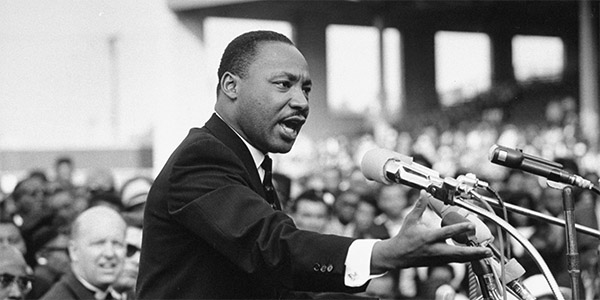 For centuries, racism was bad. Early American settlers, looking for help in getting this amazing country off the ground, turned to our friends in Africa. But a crucial disagreement caused a schism between these two sides: Whites assumed black people would work free for the rest of their natural lives in exchange for a chance to live in what would soon be the best nation on earth. The latter group agreed to disagree. Finding themselves stuck in America, though, they had no choice but to reluctantly go along to the deal, which caused much bitterness and strife.

Years later, Abe Lincoln--a REPUBLICAN--decided enough was enough and decided to throw a Civil War to figure things out. After the smoke cleared, America united once again, and black people chose to mostly live in their own neighborhoods and keep to themselves--though resentment still lingered. Whites, fearful the bygones of the past would cause some awkward moments with their newly freed friends, decided it was best to stay away from this group, and quickly built many separate-but-equal schools and water fountains for their use. This arrangement was called "racism," and prevented these two sides from crossing paths--outside of the rare altercation with law enforcement. Whites, looking to help this struggling group, even instituted various tests as a requirement for voting--but even this educational motivation wasn't enough to get their downtrodden friends to pull themselves up by their bootstraps.

Still later, a man named Martin Luther King Jr. was born, and soon discovered he was no fan of this "racism" thing. While his people were happy fraternizing amongst themselves, King sought a different life for future generations, as well as the chance to sit in the front of a bus--seats typically reserved for the sick, injured, or elderly. Through various peaceful, nonviolent protests, King made a name for himself, and without the use of violence. His oratory skills kept a nation captivated, and despite his history as an adulterer, he became a role model for many young people. His greatest moment, however, came in 1963, with the famous "I Have a Dream" speech.

"I have a dream," said King, "That one day on the red hills of Georgia the sons of former slaves and the sons of former slave owners will be able to sit down together at the table of brotherhood." But what many people don't know is that this world-changing event actually had more to it. Minutes after the cameras and microphones shut down, King returned to the lectern with the final page of the speech, which, in the balmy Washington D.C. summer, had stuck to the second-to-last page. "Oh yeah," said King, "Before I go, let me state that taking to the streets is all well and good, but let's remember some people have to go to work in the morning. If we must make a fuss about all this, let's try to do it during hours that won't inconvenience anyone. After all, you catch more flies with honey than vinegar. God bless you and goodnight, Washington D.C.!"

Though the final--and most important--parts of King's speech never reached his captive audience, it did its job regardless. All over the country, white people decided enough was enough, and black people vowed to leave their former situation forever in the past, urging that if anyone ever brings it up again, we shouldn't take them seriously. Finally, all Americans could start their lives on equal ground, as promised in the Declaration of Independence. Now, in the rare cases of "racism," supposed victims can turn to the justice system, who will try their best in proving this concept no longer exists. So now that you know the truth behind racism's sordid history, always remember: Please don't think of any of this again.

– The American Institute of Freedom and Liberty