Sunday, Mar 13, 2005 by Zachary "Spokker Jones" Gutierrez
Know of an awful site? Send it to us and become a hero!

Now as I was looking at this ad I wondered what kind of organization advertises employment with their company and doesn’t mention the actual name of their company. So I decided to call up the phone number in the ad. You get a recorded message that states the name of their "company", the fact that you must be able to go up one flight of stairs unassisted (nobody in wheelchairs allowed) and use equipment with two hands, and that they are not an educational institution. What’s the matter? Your "company" can’t afford wheelchair ramps?

The company purports to offer jobs, or training in the radio broadcasting industry. They place ads in local newspapers for available positions as radio announcers or Disc Jockeys. We believe their advertising is deceptive or misleading. Respondents are led to believe they are answering an offer for employment. However, after attending an audition, and meeting requirements, job seekers are advised the company charges a $40.00 non-refundable fee, along with another $98.00 deposit for a press card, or program information. No actual employment opportunity exists. By paying the fees imposed by the company, respondents buy air time, and produce their own shows. When responding to a job ad, use caution if you are asked for money to apply. Companies hiring you, will pay you. You should not have to pay for the privilege of working for them.

I think the American Radio Network is confused so let me explain it a little more clearly.

WHEN YOU EMPLOY PEOPLE YOU PAY THEM, THEY DON’T PAY YOU, YOU GODDAMN MISERABLE CUNTS.

How is it legal to place an employment ad in the paper coercing people into coming to your lame seminar and then trying to milk 140 bucks out of them and never offering anything that even closely resembles employment? You pay them money to produce shows but it’s up to you to get your own sponsors. Oh, there’s an opportunity to make money alright, but you know, you’ll have to get that from another company. I’m sure producing shitty shows on what looks like the same equipment used to produce Amos 'n' Andy is going to help you get sponsors.

These scams are nothing new. This company has been in business since 1968 and will probably continue to prosper for another 40 years. I fear that as more jobs are sent overseas or to Mexico these scam employment companies are going to become more prevalent. As people become more desperate for work they may actually decide that paying someone for the privilege of working for them is a good idea under the notion that they’ll get an actual job with them in the future.

These people prey on other’s hopes and dreams and make it seem like they will actually help you get into the entertainment industry. The fact is the only place where American Radio Network shows, also known as the The "Kaleidascope" Radio Magazine, are aired on an actual radio station is on a shitty Riverside, CA station between 1AM and 5AM. Look at the ARN “stars” on their official web site, which is hosted on a Compuserv member web page. I wonder if half of these people are even alive. They probably overdosed on cocaine a long time ago. Look at this work of art! 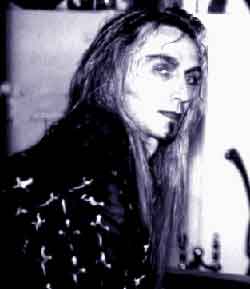 You too can broadcast with the prestigious talent of Wake Leroux! The "Kaleidascope" Radio Magazine is where dreams come true! And they didn’t even spell "Kaleidoscope" right!

Under no circumstance should you pay to work for someone. If there was a God in this world people who run scams like this would be run over by a bus. The bus of justice!