Thursday, Sep 06, 2001 by Rich "Lowtax" Kyanka (@TwitterHasBannedAllMyAccountsEver)
Know of an awful site? Send it to us and become a hero!

Welcome to the OFFICIAL SKUD MOADE HOME PAGE.. We are here to conquer the music and entertainment world.. We are with out a shadow of a doubt.. the Rudest.. Crudest.. Attitudest.. CRAZIEST MOTHERFUCKERS ON THE FACE OF THE EARTH.. We are set to destroy whatever and whoever to take over the world.. WE ARE SKUD MOADE We are ASSHOLES, and MORALLY Offensive.. but if you are offended WE DON'T GIVE A FUCK

SKUD MOADE IS ALL UP IN YOUR FACE BITCH REEKING HAVOK AND BRINGING YOUR NIGHTMARES TO REALITY YOU WANNA KNOW WHAT SKUD MOADE IS???? THEN YOU WILL HAVE TO COME SEE FOR YOUR SELF.. ITS UNDESCRIBABLE.. FUCK YOU BITCH.. SKUD MOADE KICKING ASS.. .FUCK OFF.. and HAVE A NICE FUCKING DAY

These guys ARE crazy! They have three fucking consecutive "CLICK HERE TO ENTER" pages, which makes them either crazy or ridiculously stupid. I'll give them the benefit of the doubt. "SKUD MOADE," as they like to be called, apparently considers themselves to be a band or at least a collection of people who have stolen instruments. So once again, who is "SKUD MOADE"? 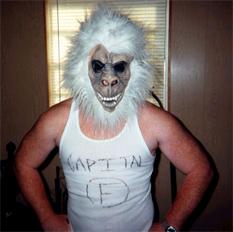