For years, GIF has held an unfair monopoly on animated images. But any day now its reign could come crashing down, and you'll be left holding the bag if you're not adequately prepared! Sure, right now there's a dearth of viable alternatives, but you wouldn't want to end up like one of those suckers who bought into HD-DVD instead of Blu-ray, would you? It's time to get in on the ground floor of the SVG revolution, and luckily Pac-n-Zoom is there to guide you through this transition! 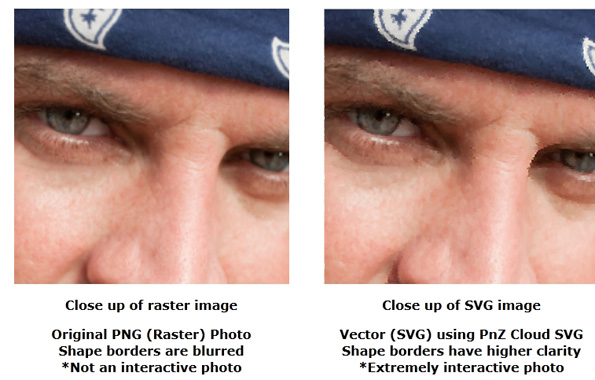 Take a gander at that comparison of still PNG and SVG images. The PNG is slightly blurry, while the clearly superior SVG image - it's actually a PNG as well - contains a bunch of weird compression artifacts and is "extremely interactive." Is PNG interactive? Hell, no! You just passively look at it like some sort of dumb ape who looks at things. Whereas with SVG, you can interact with it by... well, actually it's never actually explained what the hell they mean by "interactivity" but I'm sure it's great.

Pac-n-Zoom's main focus, however, is on animation, which gets a vigorous defense. "Animation conveys emotion a lot better than still photos," proclaim the developers, which is the same reasoning used by pundits who proclaim kitschy GIFs of wind-blown hair "highbrow." Furthermore, "interactive animation makes the viewer a participant in the action" - still no elaboration on what that means. I suspect they don't know either and are just peppering a bunch of buzzwords like "cloud" and "interactive" to seem modern, which is belied by every aspect of the site's ancient design. 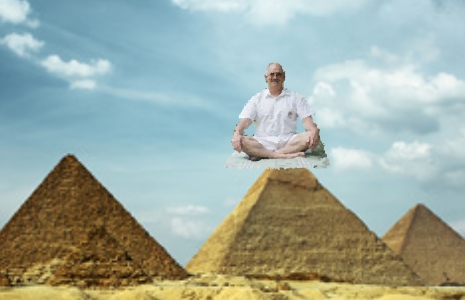 Imagine how awesome this image looks when it's in motion! You'll have to imagine for now, because SA's old-maid content system doesn't support SVGs. But you can click on some of the links below* and see this futuristic format in action! *unless you're using Internet Explorer

The main feaure of Pac-n-Zoom is PnZ Cloud SVG, a cloud-based (yay cloud!) editing application that lets you create "the highest quality animation possible," and boy, they're not kidding. Soon, for about a dollar a month (it's currently free while in "Pre-Launch"), you too can create absolutely stunning Pixar-quality animations, like "Genie," "Balloon Race" and "Army vs. Navy." Basically you'll be making the same kind of gloriously terrible animated GIFs you might get in an e-mail forwarded by your grandma, except they're fullscreen, have a higher filesize, and come in a format that's only partially supported by major web browsers. The benefits just keep multiplying, by zero!