Fucking AwfulVision! (How does it work??)

Fuckin' Reality (How does it work??)

Submitted by everyone in the goddamn world including myself, everyone I've ever known, both of my dogs, my unborn children, the cast of Cheers, and former president Herbert Hoover.

Point: Magic everywhere in this bitch.

Counterpoint: Oceans span beyond your sight because the objects on the other side of the ocean reflect far too few photons to strike your retinas from the distance said objects are at; even if this were not the case, oceans span thousands of miles and the curvature of the Earth would impede your ability to see objects on the other shore. There are actually far more than a million stars in our galaxy alone, and far less than a million stars visible in the night sky.

Mountains are formed from tectonic activity as tectonic plates gradually smash into each other over millions of years. Trees are perennial woody plants and turn sunlight into nutrients via photosynthesis in their leaves. There are more than seven seas. Life first evolved underwater before eventually moving to land (though some animals such as the ancestors of whales and other sea-dwelling mammals eventually returned to the water). Lava is molten rock, snow is frozen rain, rain is unfrozen snow and fog is a cloud in contact with the ground. 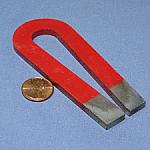 It Is A MysteryScientists believe giraffes evolved long necks to reach food in times of scarcity (as other animals would not be able to reach the top of the trees, giving giraffes a distinct advantage), though their necks also play a role in sparring and courtship. Dogs evolved from wolves (Canis lupus), cats evolved from wild cats (Felis silvestris). The average Super Bowl attendance is roughly 85,000 and some sporting events have drawn twice that number. Humans reproduction results from sperm cells uniting with egg cells in the female's uterus, where the fertilized egg then implants in the uterine lining and the fetus gradually develops over the next 8-9 months until finally emerging from the mother's vagina during the act of childbirth.

The sun is a mass of incandescent gas; a gigantic nuclear furnace where hydrogen is formed into helium at a temperature of millions of degrees. Our moon was formed when a large object (possibly a stray planetoid roughly the size of Mars) struck the young Earth over 4 billion years ago while the solar system was still forming and some of the debris began orbiting the Earth and eventually, through gravity, coalesced into the roughly spherical body we know today . Mars is the 4th planet in our solar system, used to have liquid water and was formed along with the Earth 4.5 billion years ago from a proto-planetary disk of matter that was orbiting the newly formed Sun. The Milky Way is large, spiral-shaped collection of stars just like our Sun that orbit around a central super-massive black hole. The vast majority of UFO sightings are simple meteorological phenomena. Rivers flow because of gravity.

Gah! What sort of sorcery is this???Seeds are ripened plant ovules that contain embryos and, given suitable environmental conditions, will eventually develop into a plant. Niagra Falls is a water fall which occurs when water falls; it was carved out as the glaciers retreated at the end of the last ice age. The pyramids are man-made structures and were usually used for either ritualistic or burial purposes. Believing things as a child is in no way indicative that we should believe them as an adult; when I was 3, I believed I'd fall down the drain in the bathtub and was terrified of baths as a result. Rainbows result from light refracting through water droplets that are suspended in the air. A pelican, by anyone's definition, is not a smart creature and mistook your cellphone for a fish. You ran away because you are a "psycho killa clown" that is scared of birds.

Music consists of rhythm, melody, harmony and timbre, not miracles. Sound is carried through the air (and indeed through any medium) by compressing the molecules of said medium. Water is comprised of 2 hydrogen atoms and 1 oxygen atom in a covalent bond wherein they share an electron. Fire is an exothermic chemical reaction that releases light and heat. Air is made from nitrogen, oxygen and other trace elements. Dirt is comprised of sand, rocks, clay and humus. 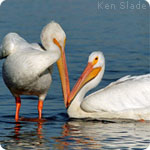 This image causes your cellphone to wake up in a cold sweat night after night.Solar eclipses occur 2-5 times per year and result from the moon's orbit putting it directly between the sun and earth. Weather is a complex process that results from the Earth's rotation, orbit, energy from the sun striking the Earth's atmosphere, etc. Juggalos, like any fringe culture, feel ostracized by society as a whole and thus band together with people who share common interests; in this case, being fat, lazy, unemployed drug addicts who like bad music. Caterpillars turn into butterflies so that they can reproduce. Your sons look like the both of you because of both genetics and the lamentable fact that there exist women in this fat, gay world who would actually sleep with you without the using a condom; a crime that should carry the death penalty. Or, more accurately, the torture you to death penalty.

Conclusion: Go back to rapping about shitty sodas you fat, talentless sacks of garbage. Or better yet, go back to not rapping at all.