Monday, Jan 27, 2003 by Rich "Lowtax" Kyanka (@TwitterHasBannedAllMyAccountsEver)
We here at Something Awful like to pretend we're Internet pioneers, fighting a never ending war for peace, truth, justice, and the complete annihilation of all furries. We see through the flimsy lies spread by the CIA, FBI, NCAA, and Boy Scouts of America. We're vigilantes fighting a war against ignorance, one which may only be won through Photoshopping images and typing out things like "LOL" repeatedly. In today's Tuesday Goldmine, a select group of SA Forum Goons stumbled upon rare, unreleased footage of the JFK assassination and revealed some exciting new theories regarding the murder and personal life of America's most beloved president. Thanks to a little miraculous device known as a "computer machine," they were able to piece together vital evidence which proves - beyond a shadow of a doubt - that the SA Forum Goons have far too much time and talent on their hands. Anyway, along with the conspiracies!

Antagonist shows what really offed Oswald; something far more deadly than any handgun. 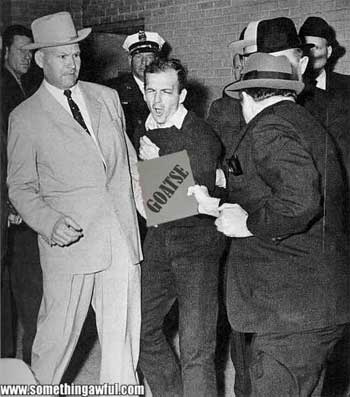 Cinders knows that JFK lived life one quarter of a mile at a time. Until he was shot, that is. 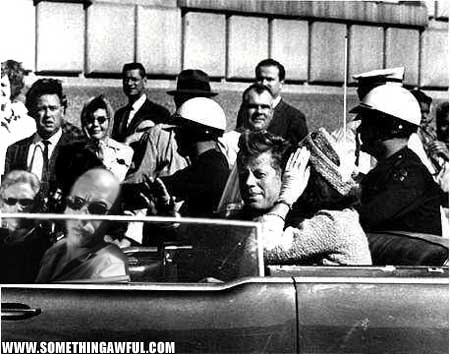 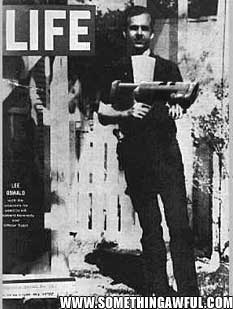 Dorquemada prefers to keep his sticky fingers out of a potentially dangerous situation. 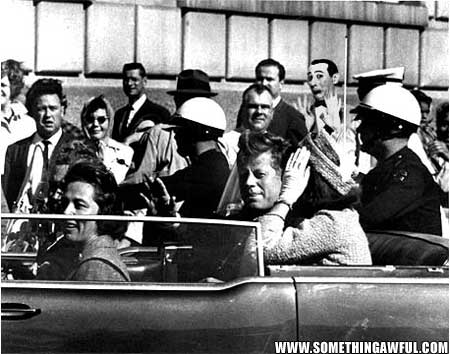