Friday, Dec 23, 2005 by Josh "Livestock" Boruff (@Livestock)
Comic books are known to embrace the absurd, whether it is ridiculous costumes or impossible scenarios, there is never a limit to how goofy things can get. In olden times comics embraced the absurd with a sort of grand naiveté that no longer exists. I'm sure on some level they knew the stories and artwork they were doing was silly, but probably not as silly as it looks in retrospect. All the silly ideas and even sillier innocence combine to make classic comic book covers a wonderful target for mockery, and the Something Awful Forum Goons provide a fair amount of that in this week's Phriday.

Also this is apparently the 200th edition of Photoshop Phriday, which in itself is pretty absurd. I think that means I've written like a million comments by now, and each one has claimed a small piece of my sanity. I'm still surprised that after all this time the SA Goons can come up with creative and funny images, but they are absolutely wonderful people who make this a very fun job. Anyway, enough of that. Enjoy some pictures! 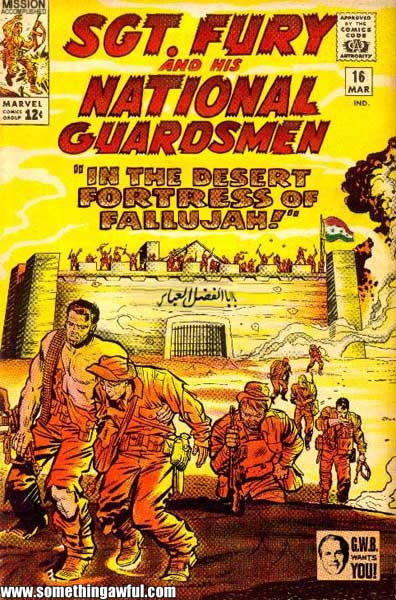 Wheat's dreams will never come true and he will die empty and alone. 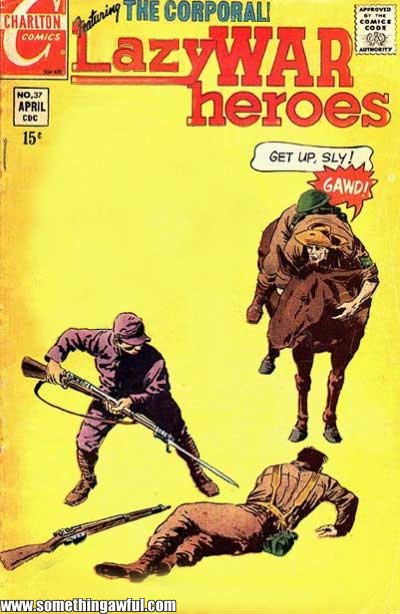 NotJust4Breakfast isn't sharing the gay cowboy genre with anyone! 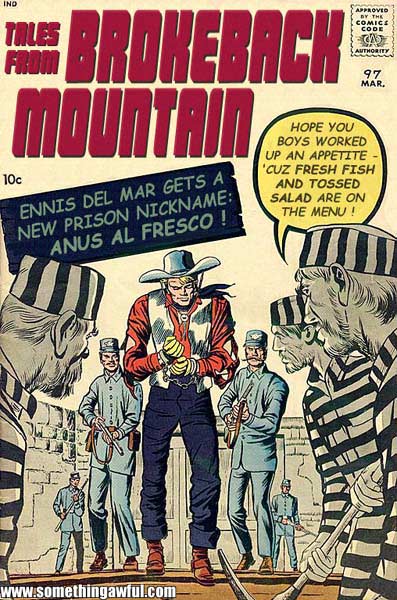 BerkerkLurk has never seen a Spider-Man let alone transformed into one. 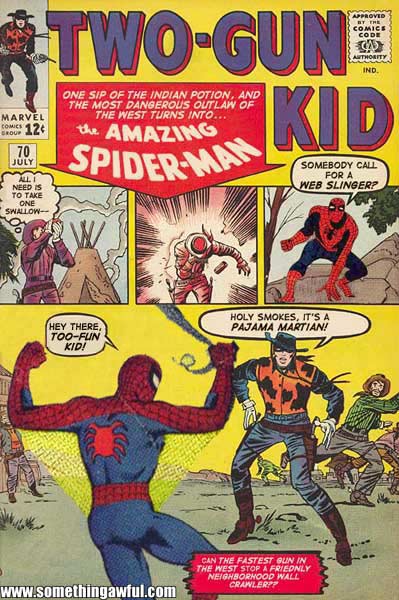 Trypticon made this image which looks sort of like congealed swamp gas with some frosting on it.