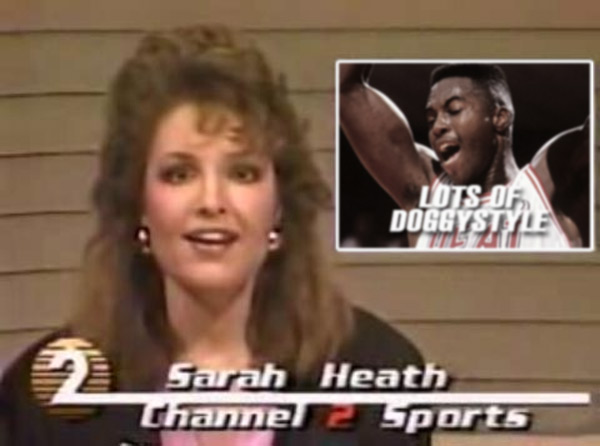 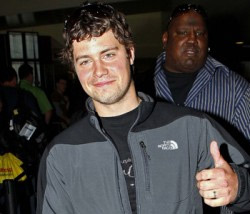 I should be excited about my book finally being released. Then the shit goes and hits the fan with monster scoops.So as yall Internet robos may have heard I been working on my sweet tell-all book Deer in the Headlights for like the past five years and it's about ready to drop. Get your preorders in. But then I read on this website called the New York Times that this fucker Joe McGinniss is totally scoopering my business with his new book.

Now normally I am not one to defend Mrs. Palin and them after what they have upendered my life and all, but this is the dude who rented the house nextdoor and would watch the Palins with binoculars. Pretty freaky when you think there are little kids like Piper playing out in the yard trying to dig up dead pets and see if she can make them come back from the other side. So the Palins built like some giant portcullis shit to defend their privacy but I guess their moat didn't protect them from private detectives because fucking McGinniss scoopered all my good factoids.

So I'll start with the big one that is making all the gossip shit go on twitters and tmzs: Mrs. Palin likes to rough ride on brothers. Not a big surprise if you know her, she went to like seven different colleges including Mineral Area and used to pull so many black dudes she was called Night Train.

I remember one time she told me she got called Step Ladder cuz when you bring her out you know you're gonna dunk but that might have been apogryphole and told to me while I was tripping like crazy off baby birding this whole bag of crazy first nation mushrooms they grow up in sweat lodges and you get Danny Stone Bison to chew them up and spit them in your mouth. Sounds nasty and cost heap wampum but fuck it was like k-holing INSIDE a cartoon version of your memories. There's like no you anymore and you're just witnessing everything like it's a movie or some shit. 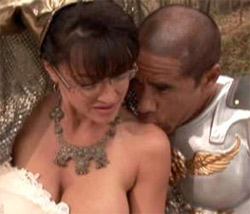 I got a DVD of this going down so it's no surprise it happened before Wait. Actually, you know what, I think Step Ladder was about Mercede who as you all know had more black guys in her than Amistad.

Nothing wrong with that. Back when my stepdad number three was the Aryan Nation guy with all those warrants for impersonating a wildlife official my sister used to call all her black boyfriends Kit and she was Whiterider. All she had to do was make that whoo-whoo sound Kit used to make and I would know it was one of her black boyfriends and to make sure Terrance didn't pick up the phone. Luckily that mean fucker got killed in a drunk driving accident at the go-kart track. Try to draft on me motherfucker you got topgunned.

So Mrs. Palin liked to catch a bone from a brother. No big deal, tea party people, right? RIGHT? That's what I thought you can't say shit even though it makes you want to puke out Mortal Kombat bones and guts. Because you ain't racist. You say so all the time. You would love nothing more than to see a huge witch doctor monkey email black dude humping the fillings out of Mrs. Palin. You got all those tapes in that locked filing cabinet next to your civil war uniforms. But WAIT...it wasn't just any brother...Mrs. Palin got her guts stirred by none other than bball superstar Glen Rice. According to peeping Joe McGinniss one-handing the binoculars while Bundying his business on the back deck to Piper's nodstic richuals Rice even confirmed this shit.

'I remember Sarah feeling pretty good that she'd been with a black basketball star,' a source told the magazine.

The athlete is said to have confirmed the night of passion in Mr McGinniss's book.