You fuckers had better order Deer in the headlights my book I spent like a million hours writing this stupid shit.The labestream media has been laying it on thick with mrs. palin again, telling everybody that her One People, One Nation, One Leader bus tour got cancelled. Acting like just because she resigned to a bunch of ducks and waved torp around and quit being governor and then failed to start her pie spy business (w/ james bond flavored pies ??? I don't know) she also is quitting her harry potter book tour II. Wrong. Turns out she's just on hiadues because she got called in for jury duty.

The date of my arraignment for shoplifting duck calls from a trap shooting store playas!!!

First of all I just did it on a dare because shit I am like master of duck caller. I won two times in 4H, although once by beating the shit out of the other guy and the other time by threatening to grind donuts in my truck on the judge's front yard until my donuts collided with alternate Chinese universe me doing donuts on some faggot Chinese judges lawn and our hemis touched and annihilationed all matter in a convergemps of potential timelines. Who knew fucking duck calls costed like 85 dollars and 95 dollars a piece I got trumped up on charges of felony duck calls now. 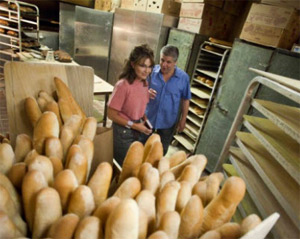 Sorry my duck call fiamsco interrupted your tours of bread.Fuuuuuck. Sorry if it seems like I'm drunk but I've been in hell cell cooking prune wine behind the radiator and getting a tattoo of the word "SIR FARTINGLY" across my shoulders. It's the name of my favorite dog that fucking ate the shit out of weed killer one time and would not stop shit-farting all over the house and then he blacked out in the yard and I accidentally backed over him with a zamboni I stole from a charity ice rink at that mega church in Mat-Su.

Long story but that's pretty much it plus I was getting a hummer at the time from Mandy Hotsauce who used to ask you how many scovilles I could take on my pecker and then douse her tongue in MFing Nuclear Apocalypse Chernoballs wing sauce.

Anyway, turns out there are three gangs in jail here in Alaska prison: Canadian Nation, which is like Aryan Nation but politer, Los Kodiaks, which is an Eskimo-Mexican gang that gets super confused talking about cocaine deals and fights with itself over how hot the thermostat should be set, and the #1 Hockey Fans. The gang leader is some fat faggot from Russia called Boris Mikaholivaov or some shit who is old as fuck and won't shut up about 1980 olympics.

I was like what what Miracle on Ice bitch gonna be a miracle if I don't put you on ice. In the dead body cooler. America flipped your fucksleeve so sit down before I kick your shit out of your teeth. He started to get all lippy so I yoked him into a toilet and busted out all his back teeth to match his front. Now I guess I'm leader of the gang and they even gave me my own cell and told me to stop talking to people and put my food through a special slot like a fucking super Nintendo or some shit so I can go mode 7 on this fucking horrible cornbread that I think they buy off of home depots.