Big news you better read this shitYo, you hear that squishy sound? It's like a squickity-squick. Oh my god, that's just 50 million fine ass American brides denied getting out their sponges and wiping off their sad seats because their pussies are mommy sobbing. Sorry ladies, but you shoulda got thrilled when I coulda killed it. If your name was already on the list well my most intensive condolences.

Why are America's top models rolling around like Obama just taxed puking? It's because prime rib AKA Levi Johnston is off the menu. Ladies and gentlemen, let me go ahead and scoop US magazine: Me and Bristol are getting married. Of course you might have aspertamed that if you'd been paying attention to the news I've been breaking for the past couple weeks.

You know that vague apology where I said I made up a story about the Palins but I couldn't say what story I made up (because they're all true)? That was engineered by that lactonic motherfucker todd. Little hissy boots got his beard twisted up and I don't mean Sarah Palin. He said I couldn't set foot in his daughter's cooter hole unless I swore up and down on ten stacks of his creepy Swinger Cuck Magazines that I would a) apologize for the lies to the media and b) plow Mrs. Palin like three times in a row wearing a zipper mask and nothing else.

Times and job markets being what they are I made my counter proposal of not ramping his snow machine collection into a lake, not pulling his shirt over his head and pushing him downstairs, and not putting a baby in any other of his daughters for at least 19 months. He was cool with all those terms but the owl tongued motherfucker stood firm on the apology line but I could do it by press release which I guess is what it is when you play xbox all saturday and eat bbq chicken pizza from pizza hut and then Tank calls you at like 4 and said he emailed the media something. 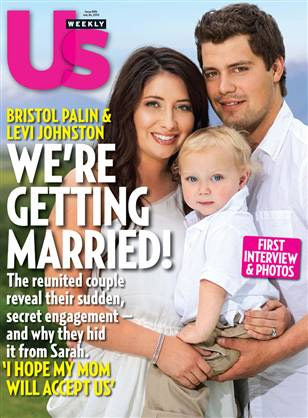 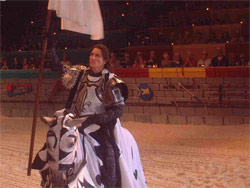 way to go dude you made my feast taste like the bitter ashes of defeatedBeing my loyal readers who hath faithfully followed my trivialths I feel that thou art some facts that may now come to thine surface about my relationship with Bristol upon which I owe thee an explainathonne.

Sorry about that, my cousin Nokia just turned his towing business into a Medieval Times franchise restaurant and me and Bristol got two free tickets and got to root for black knight. Fucking faggot lost though so afterwards I waited for him in the parking lot (don't worry bristol waited in the car) and I kicked his fucking ass with a Mets fungo bat I got on my last trip to New York. Turns out the fucker isn't black knight at all, he's this gaywad Ted Beagle who goes to community college for communications. Dude drives a Ford Fiesta and has like zero actual knight training, but he gave me my money back, which was cool considering I broke one of his teeth and then later I realized I didn't pay in the first place so I bought some of those Red Mist exploding 10 gauge slugs that you have to prove you're going to shoot them at terrorists chest cavities to even get the guy to take them out of the case and I shot them at low-flying planes out by the air field which Bristol was NOT happy about, but I ate the shit out of her pussy in the Wendy's parking lot so she shut up.

Oh, yeah, speaking of chowing down at the raunchy buffet, Mrs. Palin and Todd made us promise we weren't going to have any more babies because of the faggot bible or something about Jesus and some Ronald Raymond dude and fuck if I know when Mrs. Palin starts talking you just gotta get out of the way. I mentioned abortions and she was like fuck no dumbass bitch and went off on ten tagaments and ended up talking about snowflakes that turn into babies and stencils or something. Trying to understand her sentences is like wrangling ten slimers with the proton pack you got to wrestle that shit in to making sense territory you're going to have to unload fucking crazy boson darts. Eat some hotdogs on my watch bitch? BZZZZZZZZZZZZZZZ.