Chapter 1: In the Beginning 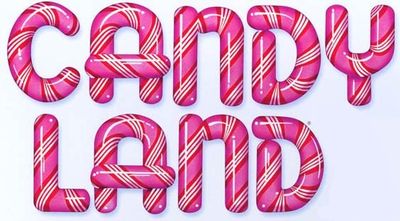 In the beginning, King Kandy created Candy Land, and he saw that it was delicious. He dipped his finger into the Molasses Swamp and snagged a few shingles from the Crooked Old Peanut Brittle House, and generally had a pretty good time. But then he got bored, and like usual when King Kandy gets bored, he decided to set up a situation where there would be lots of killing.

He created two candy beings. One was a peppermint stick, and the other was a purple gumdrop. He was pretty proud of creating them, but then something terrible happened. They got along really well. There wasn't the slightest sign that they hated each other.

So King Kandy went to the peppermint stick and said "You see all of Candy Land, from the Ice Cream Floats to the Lollipop Woods? This all belongs to you and I only like you. And the purple gumdrop said that peppermint is for pansies."

Then he went to the purple gumdrops and he said "Wherever a path of different colored squares goes through my creation, that is yours to keep. Also you should hate peppermint. Just trust me on this one."

According to the laws and rules of Candy Land, set forth in the divine Candy Land How-To-Play Booklet, every citizen must draw a card every once in a while to decide how things would go for them until they drew the next card. One of the gumdrops, many years after the temple was built, happened to pull out the card of Queen Frostine. Queen Frostine immediately came, destroyed the temple, and carted all the gumdrops back to her land of darkness and frosting. Living in Candy Land can be quite nerve-racking sometimes. 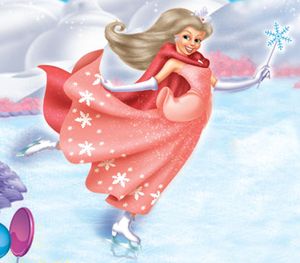 They escaped from Queen Frostine eventually and rebuilt their giant gumdrop temple, but a Lord Licorice card was drawn, so he came and shipped off the gumdrops and destroyed their second temple. They were really bummed out about that and spent most of their time talking about how awesome their temples had been and how this whole card drawing thing was just plain dumb.

The peppermint sticks weren't bummed out at all though. They marched right into the little red square and set up their own peppermint temple to King Kandy over the gumdrops' ruined temple. They inscribed sacred words upon the gate that said "Ha ha, the gumdrops couldn't even keep their stupid temple up even the second time. Peppermint sticks rule and their temple is totally the best one. Just look at it."

But boy were they surprised, because a vast and fierce army of candy hearts swept down from Lollipop Woods and gave them a bunch of problems. It turned out that King Kandy had decided just having two people fighting over him wasn't fun enough, so he also told the candy hearts that he loved them best and that they should hate both the gumdrops and the peppermint sticks. The candy hearts were absolutely cool with that, and they went around killing peppermint sticks and gumdrops like there was no tomorrow.