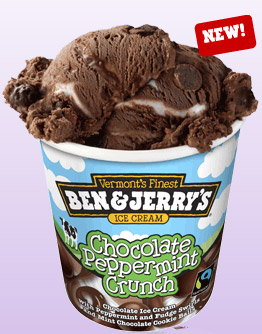 Rikkam completed the zero-g turn and landed on the deck opposite the meal unit. The dispenser had produced three bins of dessert for each student as a reward for hard work. They could select two of the three bins and combine them into a single dish. Peros and Valus had already made their choices.

"Chocolate and fudge," said Paros. He held out the creamy brown chocolate ice cream rippled with the darker veins of rich fudge.

"I have selected these flavors as well," said Valus. She turned her hip and threw her hair to the side as she showed Rikkam her dish.

Rikkam smiled, for neither had learned the lesson of the day.

"Similarities are an evolutionary dead end," said Rikkam. He turned on his heel and executed a perfect airborne somersault to land behind the meal unit. He opened the tops of the tubs to reveal the flavors within. Chocolate. Fudge. Peppermint. He reached out to the chocolate and fudge, but it was a ruse. At the last moment he selected the chocolate and peppermint. "Opposites must combine to form new varieties. If all we have are the same flavors mixed into one another then what is the point? You may as well be trying to plug a lamp into another lamp."

"I do not understand," said Paros, with a limp wave of his wrist.

"You wouldn't," laughed Rikkam. "Do you understand, Valus?"

"Yes," she winked and added, "I am peppermint, Rikkam."

He licked the spoon clean. "We'll see after tomorrow's hyperjoust."