There is a plague sweeping through Hollywood, California. The symptoms include oozing-pus-filled sores on the eyeballs, coughing up blood and a black, viscous fluid, nightmarish boils, and a blazing fever. Sequel fever, that is! Yes, these days the movie industry seems absolutely consumed with sequels. With the success of the "Matrix" trilogy and the upcoming release of "Return of the King" and "Star Wars: Episode 3," Hollywood execs are scrambling to cash in on already profitable franchises. Upcoming movies like "Spider-Man 2" and "X-Men 3" have the comic book geek market salivating. "Indiana Jones 4" has finally made the leap from a slight possibility to a near certainty. "Batman 5" is going to hit theaters in 2005 with Christian Bale as the Dark Knight and Michael Caine as the incorrigible Alfred. We'll soon be seeing an onslaught of sequels to movies that frankly don't require sequels. "Die Hard 4," "Mission: Impossible 3," "Pirates of the Caribbean 2," and "Mad Max: Road Fury" are just a few that spring to mind. And you have to ask yourself, does a character like Mad Max really need to be revived? Or how about a movie about Hannibal Lecter's kiddie years? That one is coming about in the form of "The Lecter Variations." And then there are the sequels that are barely even sequels at all. They don't show another story involving the characters we all know and love or advance the plot of the original at all, but rather just rehash the plot of the original with a younger cast. I'm looking in the direction of "Dirty Dancing: Havana Nights," here. I mean, come on. Who actually thought it would be a good idea to make a sequel to "Dirty Dancing?" Did the producers honestly feel that the original "Dirty Dancing" just didn't drive the message home? This movie looks like it's going to be a carbon copy of the original, only with a younger, more Latin cast. Oh, and this time the main character's sister is supportive, and not a bitch with a singing voice that could kill a moose. Well yippee.

So I think it's safe to say that sequels are the "in" thing right now. In fact, the ones I mentioned above are just the tip of the iceberg. As Something Awful's designated film correspondent, I took it upon myself to do some research and find out just what those Hollywood bigwigs are cooking up that they haven't been telling us about. It took some prying, some snooping, and more than a fair amount of gratuitous oral sex, but I finally uncovered a few projects that recently received the greenlight, and it came as no surprise that they're all sequels. It is my pleasure and privilege to bring you the first sneak peeks at some of these upcoming releases. 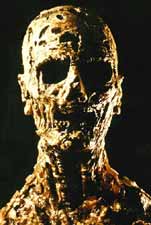 Everyone knows that Charles Foster Kane's dying word was "Rosebud," but soon the world will discover that his first word upon coming back to life will be "Braaaaaaaaiiiins!" After a bizarre series of deaths in which the victims turned up with bite marks all over their heads and large portions of brain tissue missing, a young, hip, sexy female reporter decides to find out the truth. What she discovers is a shocking trail that links the grisly killings to only one possibility: the corpse of the eminently powerful media baron who was once on a path to the Presidency of the United States has risen from its grave to walk amongst the living once more. And this time, it's not his boyhood innocence that Kane is after, but the taste of human flesh! Soon, the reporter is fighting for her life as she tries to find the secret to returning Kane to his eternal rest through a series of interviews with people who saw the original "Citizen Kane," but only remember enough about it to be thoroughly unhelpful. Can the reporter find the truth before Citizen Zombie Kane finds her? You'll have to wait until Summer 2006 to find out! 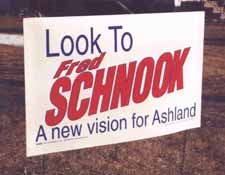 I'm sorry, I had to do it. I looked up "Schnook." I found this. I laughed. Then I made some soup.

Henry Hill (Ray Liotta), the charismatic protagonist of the first smash hit mobster film, is still in the Witness Protection Program and living his life like a schnook. He picks up his kids from school some days, but mostly his wife Karen (Lorraine Bracco) does it. He makes a habit of doing the Sunday crossword puzzle, and once one of the answers to 42 Down is "Cicero," just like Paul Cicero (Paul Sorvino) from the "Goodfellas!" No foolin'! Henry has no mistresses, floozies, or whores. He doesn't do drugs. He doesn't steal. He doesn't kill. He really doesn't do anything that is even the least bit interesting. He just wanders around the house in a bathrobe and mopes. There are no flashbacks to the first movie, but sometimes Henry looks at the camera wistfully and you can tell he's thinking about stuff that happened during the first movie. He even mentions Tommy (Joe Pesci)! Twice! Is this movie entertaining? Is it some sort of enjoyable moviegoing experience that is here to amuse you? No, no it's not. Uh, sorry.

Casablanca 2: The Rick and Louis Story

Rick and Louis have a beautiful friendship. Now you, too can witness their heartwarming camaraderie. Sit back and feel the good times warm your heart as you watch freedom fighter Rick Blaine and Captain Louis Renault share laughs over games of cards and mugs full of piping hot cocoa. Share in the joy as Louis finds a stray puppy and decides to adopt it. But when Rick and Louis decide to become roommates and move into an affordable rent controlled apartment together, the hardnosed Rick says the puppy isn't welcome. Will the loveable mutt be able to come along, too, or will Louis have to choose between his best human friend his best canine one? Love and togetherness triumph as Rick and Louis learn that all they really need in life is friendship. Best of all, the film sets the scene for the upcoming sitcom Rick's Place on the WB! 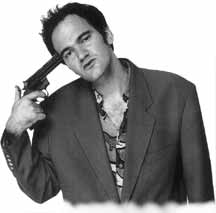 Ex-hitman Jules Winnfield (Samuel L. Jackson), having had an epiphany due to surviving an attack at close range from a guy with a large gun and a lot of bullets, does as he says and wanders the planet helping people, like in Kung Fu. For instance, he helps some villagers in Argentina stand up against a corporation who wants to demolish their village to set up a mining operation by teaching them how to be Bad Motherfuckers. However, since most of the people he helps are poor and downtrodden and his travel expenses are enormous, he soon runs out of money. He comes to really regret letting Pumpkin and Honeybunny (Tim Roth and Amanda Plummer) take that fifteen hundred dollars from his wallet and wonders just what the hell he was thinking at the time. He ends up living in a cardboard box in Buenos Aires and realizes that Vincent Vega (John Travolta) was right - he was a bum. However, he consoles himself with the fact that while he may be a bum, at least he is still alive, unlike Vincent. Meanwhile, Butch (Bruce Willis) and Fabienne make themselves comfortable living off the fight money in Kentucky. Butch continues to come up with affectionate, yet wildly insulting pet names for Fabienne, she continues to be more or less oblivious, and it continues to be funny and endearing. They don't do anything of any importance. Cab driver Esmerelda Villa Lobos goes on a killing spree and eventually caps Mia Wallace (Uma Thurman). Marsellus Wallace (Ving Rhames) hires up and comin criminals Pumpkin and Honeybunny to get revenge on Esmerelda, but they are reformed by Jules' message back in the diner and instead they spend his fifteen hundred dollars on a Disney World vacation. All the while, the characters chase after a mysterious manila envelope containing Marsellus Wallace's self-esteem. 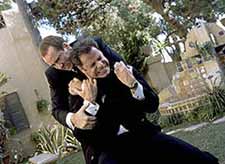 The amazing thing is, this is actually a fight between two women! Uh, I think. Wait, let me read this thing again...

After taking the face of terrorist Castor Troy (Nicolas Cage), killing Troy, who had taken his face, and getting his face back, FBI Special Agent Sean Archer (John Travolta) is finally able to relax, knowing his son's killer has been brought to justice. But it turns out that Castor wasn't Castor at all. Castor had paid one of his men to wear Sean Archer's face while he posed as Eve Archer (Joan Allen), Sean's wife, who was actually in a coma for some reason. When his "wife" tries to kill him, Sean has to fight for his life, and ends up putting Eve/Castor into a coma. In order to find out why his wife would want him dead, Sean takes his daughter Jamie's face to go undercover. Meanwhile, Jamie is put into the Witness Protection Program - by being locked up in a maximum security prison wearing Castor Troy's face! While Sean tries to investigate Eve's secret life by posing as Jamie, the real Eve wakes up from her coma without a face and has a team of surgeons transform her using the only face left available - Sean's! Eve/Castor wakes up from his coma and resumes his quest to destroy Sean, who is really Eve! Castor/Jamie is sprung from prison by a surviving group of Castor's men who believe her to be their old leader. When Jamie/Sean sees Eve/Castor about to kill Sean/Eve, he saves himself, who is really his wife by knocking out Eve/Castor, putting him in another coma. After Castor/Jamie sees the reports all over the news about how she (really her father) put her mother (really a terrorist) in a coma to save her father (really her mother), she decides she wants to take her life back. But no sooner does Castor/Jamie confront Sean/Eve and Jamie/Sean than Eve/Castor wakes up from his coma, itching for revenge. It's face-swapping, coma-waking-up-from action as the Face/Off saga continues!

As a film buff, I think I speak for everyone when I say that I am simultaneously thrilled and disgusted by these films. It looks like the sequel rush is going to continue for a little while, and that's just fine by me. It means I won't have to memorize any new characters with all their names, emotions, and motivations. That's all the more mental space I can devote to storing the tidal wave of catchphrases that is sure to stem from all of these cheap attempts to milk franchises for all they're worth. See you at the box office!

Weekend Web: The Internet Doctor Is In!

Hello friends, Zachary "Spokker Jones" Gutierrez here to dispense some much needed advice. Do you have a problem with your girlfriend, your penis, or your panty sniffing brother? I can't help you but I know someone who can, the internet! I'll let "Baby Face 03" tell you the rest.

It was such a nice gesture to take some time out of her busy schedule of getting felt up by teenage boys in the back of a '97 Honda Accord. That's right folks, the doctor is in!