Somehow ten years have passed since the premiere of Lost. While I liked the show quite a bit and even participated in some truly shameful mythos speculation, I'm not going to pretend that it was the greatest television series ever made. It was, after all, a show that would have supported the following inner monologue:

"We just spent two days walking here for highly vague reasons. Now that we have arrived I need to point a gun at a close friend, get talked down, then convince the group to split up and march back to where we started because the island said to do it."

Still, there's no denying that Lost was a pretty special show. The atmosphere was stronger and more consistent than most of the plot, making even the weakest episodes watchable. Flashbacks were often inventive and lent the show a unique structure. The cast was packed with likeable actors. Ben was basically the best Stephen King character that Stephen King never wrote.

Then there was all that dang mystery. While the ultimate resolution of the show's big questions is debatable, Lost presented its mysteries with style and was pretty good about playing with the viewer's expectations.

As Lost transitioned from a fantastic (and at the time worryingly expensive) pilot to one of the most successful shows on the air, it paved the way for a bunch of lesser series that tried to recapture its magic. Their plan: Remove everything Lost did well, but keep a big central mystery and characters who liked to withhold information for no particular reason. 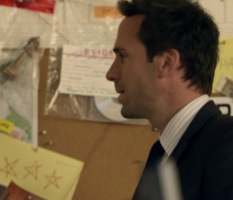 I watched a few episodes of all these shows because I am a gullible moron who hopes for the best in everything. Now I'm going to torture you with what little I remember from each series.

Everyone on Earth falls down at exactly the same time. Unconscious for two minutes, they all experience visions of the near future, such as the cancellation of FlashForward.

Joseph Fiennes is an FBI man who is going to solve this whole thing by creating an evidence wall and pacing back and forth in front of it with EMOTION.

A plane tries to crash into the president but aliens make it disappear at the last moment in a burst of light. There are secret alien prisoners in a secret government base. The president wants to tell everyone about the aliens but the CIA doesn't want that to happen, but one of the CIA guys is an alien. 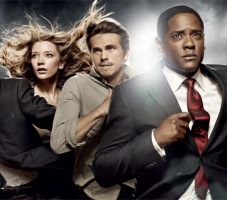 A young couple is on a honeymoon. This subplot didn't seem to be going anywhere, but I'm going to go out on a limb and guess that at some point they have an unexpected encounter with a ghost.

There's a supernatural hurricane. Afterwards, a woman acts very strangely. I think she takes a bath while staring straight ahead?

Nine people are in a bank when it is robbed. They become hostages in a prolonged standoff, then set up a book club to get together every week and chat about it. The bank robbery was extra mysterious. The nine are changed forever and are also hiding secrets. One of the robbers knows something that will change everything. Maybe.

Prisoners from Alcatraz's past are appearing in modern day San Francisco to commit crimes then get shot by the hero. How is this happening? What's the reason? Why isn't the entire show just Sam Neill being a dick?

An experimental virus got loose in an arctic research station. Everyone is a super genius scientist and a fucking idiot. The guy that runs the base has a bunch of secrets, acts standoffish, and is either rational or genocidal depending on whether the episode number is odd or even.

What's the biggest mystery on the show? 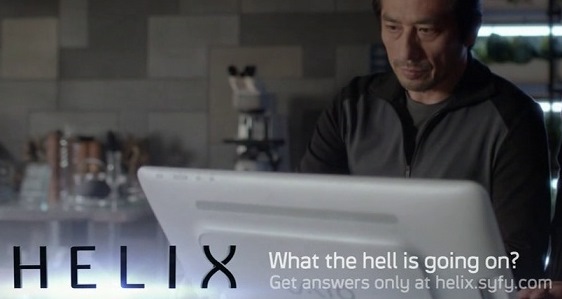