Why I Made a Giant Pig Named Muhammad in Minecraft

Everyone has been asking me, "Dude, why did you do it? You know you're going to torque off some seriously bad ass dudes with machine guns. Why would you dare to make a giant pig Muhammad in Minecraft?"

The answer is simple: 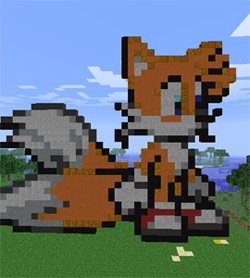 Buckle up, Jihadi shitbeards, because I just locked and loaded my giant Minecraft pig and guess what I named him? Muhammad. Like your dude you like. I spent upwards of six hours turning your holy prophet, peace be upon him, into a gigantic pig wearing a crown.

You know what comes next? Dynamite. That's right. Muhammad is fucked. Hope you like bacon, because this dude is gonna go great with toast.

There is a guiding principle in this country (USA) that is called the First Amendment. Freedom of speech. It means that even if you don't like what I am saying or doing to express myself, you have to deal with it, because it's a free country.

You might have heard about the shooting in Garland, Texas where two Muslim gunmen attacked a drawing contest because people were drawing the prophet Muhammad. Or maybe Charlie Hebdo in France, where a bunch of cartoonists got machinegunned.

My philosophy is that you came to our country and in our country there is nothing stopping an eighth grader from turning whatever he wants into a Minecraft map. If I want to do a sexy boob, there is nothing you can do to stop me. Because this is a free frickin' country.

If I want to do an animated Tails from Sonic only he has boobs and he is as tall as a mountain: same deal. Suck it. America wins again. Freedom wins again.

Oh, and Tails's name is Muhammad now too. Because Je Suis Minecraft, motherfucker. You can't shut me up with your extremism. I'm going to name Creeps and sheep Muhammad. I'm going to make a working computer inside Minecraft that can calculate Muhammad's child wives and then flash a middle finger. You know why? Because in Saudi Arabia, they kill dudes for liking other dudes. So it more than cancels out that I'm being shitty to your whole religion.

There's your religion of peace. There's your tolerance. It's pretty clear that all Muslims need to leave the USA and that is all I am trying to say. Go home. Or you can expect more Muhammads in Minecraft. Your choice. And my right to say it. 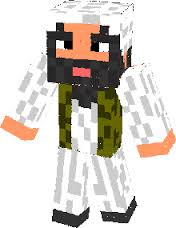