The Kill List MFA Program grants a terminal (no pun intended) degree in writing lists of targets for the U.S. government to extrajudicially murder. The online program has a ten-day residency twice a year where students workshop each other's lists.

"I really liked this list," a student says. "Especially that name at the beginning, Awal Gul. Great consonance on the L's." 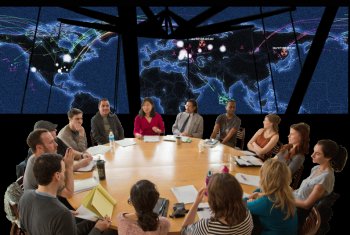 "Me too," the workshop leader says. "Although, if we can transition into suggestions now, I thought you could improve the rhythm in the middle, where you suddenly switch from iambs - Abdul Rahman - to trochees - Alfred Fischer. Also, a few of these names are redundant, since they'd probably be collateral damage anyway."

"You're right," the writer says. "And I just want to say I really appreciate everyone's feedback. I'll definitely mention all of you in my finished list ... in the acknowledgements, I mean." 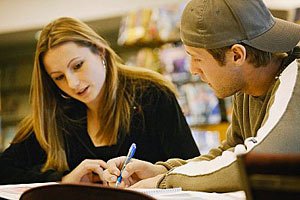 "Are you reading at the open mic tonight?" a boy asks a girl after the workshop.

"Nah, it's pointless. It'll just be a bunch of hugboxing. Everyone will clap because they want everyone to clap at their kill list - plus they understand all the hard work that goes into writing a list of people to be drone-scorched without a trial. In the real world, your list is going to be heavily criticized, especially by the people on it, or their families or whatever."

"I've definitely had my share of criticism, people calling me a murderer and stuff, trying to ascribe intent. Apparently they've never heard of the metaphorical death of the author."

"Criticism is important, though; it teaches you to edit. You need to kill your darlings, so to speak. Once you graduate it's publish or figuratively perish."

The boy and girl go back to the girl's room and have sex. Hookups are common at kill list MFA programs, per Foucault's theory that the death instinct pervades intercourse. Afterwards, they get stoned and wonder where their lives went so horribly wrong. They both joined the program hoping to be the voice of their generation's nationalist xenophobia, but now they're secretly disgusted with the program's rarefied atmosphere, which seems distant from the murderous impulses of the common woman or man. They'd drop out, except that it would look bad on their C.V.'s.

At the end of the residency the seniors pose for their graduation photo. Unfortunately, the flash bulb breaks because it's American-made. (America is the only country that still uses flash; all other countries are so filled with explosions that it's unnecessary.) Later, the graduates read their final kill lists to an audience. Each one invariably contains the CEO of a major bank - a trick students use to liquidate their loan debts.