The Net 2.0 (as you are well aware) was a 2006 direct-to-video sequel to the 1995 Sandra Bullock film, directed by the son of the original film's director. It does not star Sandra Bullock. It does, however, remove all traces of charm from the original and replace it with aimlessness.

There is a plot summary on Wikipedia. It will probably change, but as I write this it is a thing of beauty. I have hidden this summary among two fakes. Guess which one is an actual description of the plot and you will be rewarded with a The Net 2.0 wallpaper for your personal computer.

A: Hope Cassidy is a young computer hacker who prove her worth when she order a pizza using the internet. Ali Abay informs her by telegram that she has the job. She meets a person that supposed to be on that flight to Istanbul but that person misses that flight. While she is on the plane she suddenly meets a sky marshal who give her a champagne and a earring and we can see her computer screen while she is distracted says "YOU BEEN HACKED". 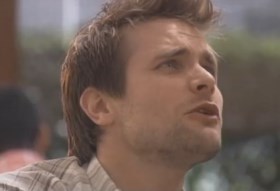 The elusive Z.Z. Kelly Ross, I presume? Or is it?Then when she lands she meets a rickshaw driver who take her to the Sultanahmet Hotel in Istanbul because that's where that hotel is. She checks in to her room and takes a shower and then there is a fire alarm so she goes outside and that's where she meets an Australian known as Z.Z. Kelly Ross. They buy another earring to suspiciously be like the first one.

When she gets back to the hotel she discovers that her identity has been stolen because of the internet. Everyone wants to kill her. All people that know her real identity are erased from the internet forever so they can't prove it.

She discover that the guy from the flight and Dr. Kavak did the whole thing and were Russian all along. She find out the rickshaw driver was Interpol and she chase him and get shot but she ask him and she found out they said they knew from the beginning but they actually didn't. It was the earring that made the whole thing possible. The last scene is her on a boat.

B: Hope Cassidy is a young computer systems analyst who travels to Istanbul for a job. Ali Abay confirmed by telephone that she had been recruited at Suzer International and her first assignment would be to provide security to the internet security network of a Russian company.

She meets a person to be on the flight with her but he does not make it. While on her flight to Istanbul, she uses the internet on the flight to check her bank accounts. She suddenly meets an air hostess who serves her champagne and gives her a bracelet and we can see that her money in her accounts reduces to zero. At the immigration table she is informed by the immigration officer that she is having a tourist visa and is told to go to the British consulate to renew her passport. 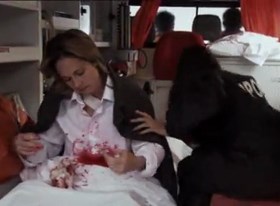 Don't die on me! Tell me, are you Z.Z. Kelly Ross? Did Z.Z. Kelly Ross do this to you?Then she meets a taxi driver upon her arrival who takes her to the Sultanahmet Hotel in Istanbul where he says the Americans love to stay. She gets a room and as soon she lies down she hears an alarm and comes out to find they have to stay out for almost an hour and then she meets an American known as Z.Z. Kelly Ross. They take a walk in the park when they come across a seller selling scarfs. When she returns to get her passport she soon discovers the new one issued by the American consulate contains the wrong name. She learns that her identity has been stolen, as she returns to the office she finds an other Hope Cassidy and finds $14,000,000 in her bank account and that certain people are out to kill her. All people who knew her were found dead.

She find that the person at the beginning who she met and Dr. Kavak are the people who behind the whole thing and a Russian arms dealer. She finds out the seller and the air hostess are actually Interpol. She helps captures them and she get shot but at last she asks her how she found her but she says that she all along knew where she was. It is showed the bracelet she gave was a transponder sending her position to the Interpol. The last scene shows her on a plane.

C: Sandra Bullock is a computer lady who stay at home. She gets a floppy disk with a backdoor and discover the truth about Gatekeeper. She get seduced by Jack Devlin on a speedboat in Mexico after he shooted a man that wasn't a mugger. They meet an American known as Z.Z. Kelly Ross. Then she gets unconscious for three days.

Next all her identity is deleted. No one believes her because the computer screens says "NOPE". Dennis Miller shows up and they discover the bracelet came from cyberterrorists. Jack Devlin gets hit with the fire extinguisher on the catwalk and she get her identity back. The last scene shows her on a moped.

If you guessed B, scroll down to claim your prize. Please do not scroll if you did not pick the correct answer, if you wrote the plot summary on Wikipedia, or if you wrote the script for The Net 2.0. 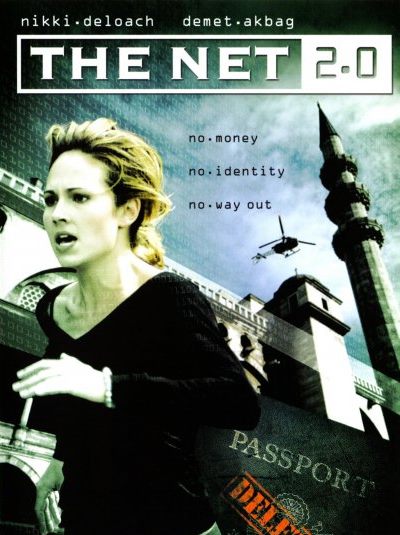 Simply download the above wallpaper then make it your desktop background and enable the "tile" setting.