A friend of mine from home called me the other day to let me know that "some guys from the Internet" had purchased a prototype of the next iPhone from some guy who claims to have found it, and were parading it around TV shows and taking it apart for everyone to see. My friend felt that it was probably wrong and asked what I thought. I took a few minutes to read some of Gizmodo's articles and came to the conclusion that when you buy something knowing full-well it belongs to someone else-- either a person or an organization-- and you know they probably want it back, yes, I would say that is wrong. Not to mention opening it up and publishing trade secrets.

"You are looking at Apple's next iPhone. It was found lost in a bar in Redwood City, camouflaged to look like an iPhone 3GS. We got it. We disassembled it. It's the real thing, and here are all the details."
Pardon me, but could someone who is participating in the same reality as myself tell me how this is NOT illegal?

"But someone tried to contact Apple and they never responded!"

Okay, sure. They may have left a few voicemails, and then took a pry-bar to the phone. I heard Osama Bin Laden tried calling the White House on 9/10 but they never returned his call so he figured it was cool. Big deal. On top of that, every bedwetting nerd and dope in the Bay Area knows Apple's based in Cupertino, and exactly how to find directions using Google Maps. If returning the device was truly Gizmodo's concern, they could've dropped it off with the receptionist and called it a day. Or, wait, maybe this blog organization admittedly paid some shady guy $5K knowing this device was confidential property and intended to do an expose from the start, totally scooping the identical dog and pony show across the street, Engadget. Wow, that almost seems too logical, and illegal to boot!

"But don't journalists have a responsibility to be journalists? Information was meant to be free!"

Except journalism is reporting on a story, not making yourself into a story. This would've been a neat Gizmodo piece: "Some retard swiped an iPhone prototype at a bar and called us up trying to sell it. We were like 'Yeah, cool, what's your number?' and then we called the fucking FBI because nobody in their right mind would even consider running their business like that. More reviews of fart apps after the jump.'

Journalism also does not involve hyping your crime up for several days afterward as the story of the century, bragging about it over several articles in a nauseatingly puerile, self-congratulatory fashion. This shit reads like a high school newspaper that just discovered evidence that the principal wears a toupee.

Another thing not usually involved in journalism, at least in the first world, is practically live-blogging the confiscation of your computers as if you're about to be some kind of political prisoner. The only thing Gawker Media is a prisoner of (at the moment, anyway) is a ridiculous, childlike perception of the world in which they became Invincible Internet Heroes for pulling the mysterious curtain off a product several weeks before its debut. 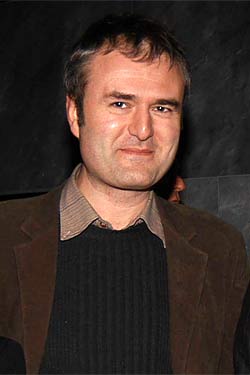 As of this writing, Gizmodo's big defense seems to be that the search warrant used to remove Gizmodo's computers "was invalid under section 1524(g) of the California Penal Code". Essentially saying "Journalist! Can't bust us for doing journalism!"

Tom's Guide: The search warrant, issued by a Superior Court judge in San Mateo County, alleges that the devices owned by Jason Chen may have been used in a felony. However Gawker Media's Nick Denton believes that California law--which protects journalists from turning over anonymous sources or unpublished material to law enforcement during a search--also applies to Chen's personal property. The big question at the moment is what defines the online writer: are they journalists, or are they bloggers? "I guess we'll find out," Denton told the AP.

Well, Nick Denton, your name suggests you might be a 1940's rogue private eye, as well as your understanding of the conventions of law. Frankly folks, this man is a dumbass and someone who might be described as "a real piece of work".

Regardless of the fact that Nick "Puddin' Face" Denton has bragged about paying an anonymous shady man for the prototype iPhone, I would argue time and time again, until the last disgusting breath leaves my horrible body, that bloggers are generally not real journalists. Some are, but it's very rare, and those people are extremely talented and dedicated. Remember that episode of Salute Your Shorts where Sponge and that greasy new guy ran a newspaper? They were bloggers. That's what a blog is, except it's on the Internet and somehow more pathetic than that one from the show.

Just because Gawker Media has money and employees does not make their operation any more valid than a weird guy on Facebook drunkenly writing messages about every girl he ever liked. It's the same thing. Journalists have merit and credibility. Gawker Media resorted to a tactic most would define as thuggery in order to produce a news story from relatively nothing, and, like myself, should not ever consider themselves journalists.