"So this is goodbye?" the doll said.

"I told you, I just feel trapped," Milt said as he carried the doll toward the dumpster at the end of the alley. It was past midnight, and all but one of the lights in his building had gone out. He hoped that whoever lived in that apartment couldn't hear him and the doll arguing, or if they could he hoped they were taking his side.

"I mean I see you every single night," he continued.

"That's because I live in your closet!"

"Exactly! You don't give me any space."

"Am I not pretty enough, is that it? Are you ditching me for one of those higher-end models with synthetic hair?"

"Of course not!" Milt found the doll, with her huge breasts and ruby-red lips, very attractive, and had no intention of buying a replacement. He'd only gotten her as a gag gift for his birthday. To prove he was a good sport he'd inflated her and posed for pictures with her at the party. Then, to prove he was an even better sport, he'd begun having sex with her every night. It had been the best month of his life, until last night, while cuddling with the doll, he'd realized something.

"Or maybe you'll get one of those anime body pillows so you can pretend it's just an otaku thing," the doll said.

"You never gave me a name," the doll hissed.

"Well, that doesn't make this any easier." Milt flung open the dumpster door.

"Just tell me the real reason. You owe me that much."

Milt lifted the doll toward the dumpster's mouth, but then stopped. Maybe he did owe her the truth, if only for taking part in that Seinfeld-themed roleplaying session that had gotten kind of weird.

"Okay fine. The truth is... your face reminds me of someone, someone I'd rather forget."

He told the doll about Melissa Vaught, the girl he'd had a hopeless crush on his senior year of high school. She had long blond hair and a voice like the announcer of a commercial for a car he really wanted to drive. He still remembered her full lips, high cheekbones, and every other stunning detail of her face, except for her eyes, which he'd only glanced at once or twice. This had the disturbing effect of making the memory of her face look like a scene from Event Horizon.

He'd asked her to the senior prom, with predictable results.

"That's it?!" the doll spat. "You're dumping me because I remind you of some bimbo who turned you down for the prom?"

"She broke my heart. I was so crushed I ended up not going to the prom at all, and I'd been looking forward to it all year."

"Why didn't you just tell me? I know how to fix everything."

"Simple." The doll wriggled out of Milt's arms and stood in front of him. "If you're still sad about missing your prom then we'll have our own prom, right here."

"We can't have the prom in an alley," Milt scoffed. "What are we supposed to dance to?"

"We'll improvise." The doll reached into his hoodie pocket and took out his iPod. She put one earbud in his ear and one in hers. Before Milt could protest, she started playing "Word Up" by Cameo.

"Come on, let's dance," she said, putting the iPod back in his pocket and taking him by the hand. "They're playing our song."

"This is insane," Milt said. Just because Word Up was his go-to sex jam didn't make it their song. But there was still no denying that groove, so he put his arm around the doll's waist and tried to dance. At first they staggered like two people thrown together on the subway, but after a few moments they found some semblance of rhythm.

"Hey, you're a pretty good dancer," the doll said. 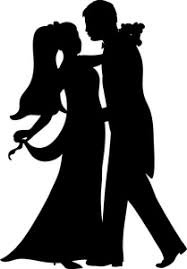 "Thanks," Milt said. He was actually dancing a lot better than usual. It was much easier with someone you'd already slept with and weren't trying to seduce. Whoever wrote the rules of courtship should have put dancing after sex instead of before.

"Now close your eyes," the doll said, "and imagine we're at your senior prom."

Milt laughed but closed his eyes anyway. It was better than looking at trash cans and used syringes.

"We're on the dance floor," the doll said, putting her head on his shoulder. "You're wearing a tux and I'm wearing a long pink prom dress and a midnight-blue corsage."

Normally Milt had a hard time picturing any fantasy that didn't involve delivering a pizza to a condo full of female Street Fighter characters, but with the doll's soft rubber flesh pressed against him and Cameo getting unbelievably funky, he found he could imagine the scene quite well. He saw his high-school gym, the ceiling hung with disco balls. He saw his classmates in their rented suits and gowns. He even saw Melissa Vaught, who looked seriously jealous.

"We're dancing circles around all the other couples."

"Now look over to the podium. They're announcing us prom king and queen."

In his mind's eye, Milt saw his class president, Stacy Jennings, opening an envelope and reading his name. A spotlight shone on him and the whole room burst into applause. His heart swelled. It was the prom he'd always dreamed of, except for the part where Steve Perry presented him with the Nobel Prize. The light grew brighter, blindingly bright, so bright it seemed to hurt his head... Then he realized that his head did actually hurt, a lot.

He was lying on the pavement.

"Motherfucker!" The doll stood over him, holding a brick speckled with blood. "I can't believe you were going to throw me in the fucking dumpster!"

"Do you have any idea what I've gone through for the past month?!" the doll shrieked. "Living in your smelly closet, letting you put your gross, sweaty hands all over me, pretending to be fascinated by your stupid D&D figures?!"

"They're called miniatures," Milt slurred, "and I thought you liked me."

"I just told you what you wanted to hear until I had a chance to escape." The doll dropped the brick and scaled the chain link fence behind the dumpster. With her sausage-shaped arm, she hailed a passing cab.

"Bye asshole!" she shouted. "And by the way, you have a weird-shaped dick!"

As the doll got in the cab, Milt rolled onto his side, wiping the blood off his forehead. If not for the blinding pain in his temple, he might have shouted that neither of the other two women he'd slept with had complained about his junk, or that there were plenty of better-looking dolls who would appreciate him... Or maybe, if he thought the doll would actually listen, he might have shouted that he was sorry, and for what it was worth he'd really enjoyed their dance together, much more than he'd enjoyed staying home for his senior prom, eating pizza and playing Zombie Nation on his NES, wishing he were a giant flying zombie head like the one in the game so he could fly away from his lonely, miserable life.

Or he might have shouted that the doll's inflation valve had snagged on the fence and popped open. He heard her scream as the cab drove away.