Stem Cells Are More Sacred Than Life Itself 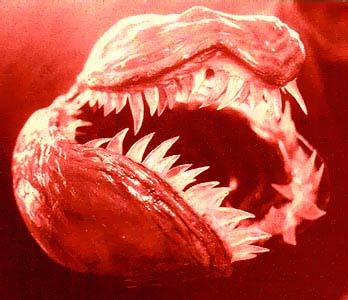 This is not a stem cell, stupid person!One of the minor issues that made waves this election was that of stem cell research. A lot of people, mostly the dying and those emotionally attached to the dying, have been championing the cause of legalizing stem cell research, which was outlawed by God in one of those crazy Biblical passages that was probably actually about something completely unrelated. Because most people lack a clear understanding of the stem cell issue in all its forms, I'm dedicating this update to tackling the topic as in-depth as I possibly can. In writing this article I did extensive research, conducted field interviews, and set up several scale models that not only followed the scientific method, but also incorporated a wide array of G.I. Joe and Cobra action figures representing the different types of stem cells.

What are stem cells?
Stem cells, as everybody knows, are tiny cells from which all other cells derive. Think of stem cells as people before they go off to college, rack up an elephant's rectum worth of student loans, get stuck working as an accountant, and ultimately end up developing a raging case of alcoholism to cancel out the continuous misery caused by unwanted children and a nagging spouse. Stem cells don't hate themselves or work as comedy writers on the Internet, so they are more pure and useful than regular cells.

Purity is the key concept there. As we mature as humans and gain a greater awareness of evil, these kindly stem cells die off and go to stem cell heaven, leaving specialized cells to endlessly work themselves to death in pursuit of sin.

Where do stem cells come from?
The Big Bang played a big part in it, but mostly they come from human embryos, which are more valuable than gold because most religions have a land deed entitling them to half of what's in your womb. 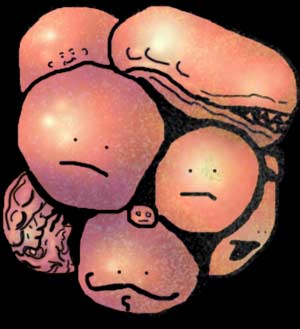 A depiction of a stem cell by a skilled artist. A stem cell could literally develop into anything, including an astronaut.

Why are stem cells sacred?
Embryonic stem cells, the most versatile flavor of stem cell, come from only one source: babies. Embryonic stem cells come from tossing infants into giant meat grinders and collecting the results in special scientific buckets. Actually, they come from a lump of cells that could have grown into a baby if not for science intervening without the express written consent of God.

Many also fear that stem cell research could lead to scientific breakthroughs that would enable gay people to have sex, thus making the issue all the more controversial and important to bog down with needless debate.

What can stem cells do for me?
It is the insane theory of scientists that stem cells could be used to repair and reverse the damage done by many popular diseases. In this regard, stem cells could save a whole lot of lives and give Michael J. Fox a shot at a new "Back to the Future" movie, if not a new "Teen Wolf." So, if you are dying of a disease, there is the chance that stem cell research could one day lead to you being cured. More than likely, however, this cure will be discovered a week after you die from, of all things, a shark attack. It is also possible stem cell research could undo any damage caused by smoking, therefore allowing endless smoking so long as the baby well never runs dry.

But really nothing can be done until religion stops telling science what to do. The sooner religion learns to mind its own business, the sooner we can have a utopian world free of diseases and full of cloned slaves and robot thought police.

What won't stem cells do for me?
Stem cells cannot be used to cure bedwetting or enlarge your penis.

Where can I get some stem cells?
It is best to wait for nightfall when we herd the naïve Eloi into the dank bosom of our underground kingdom. We will devour them whole, claiming their stem cells as trophies in our unholy war against the surface.

Are there any dangers associated with stem cell research?
If a scientist accidentally spilt a bunch of stem cells on the floor, he could slip and fall. Also there is a chance Michael J. Fox might get his hopes up too much, and that would bum us all out.

Given that stem cells eat time, is it wise for scientists to experiment with them?
One common misconception is that stem cells and Langoliers are one in the same. Langoliers are creatures that eat time and can often be seen if you fly a commercial jetliner into an aurora borealis and end up stuck in the remains of the past. Again, the two are completely unrelated.

What can we do with adult stem cells?
Tell non-scientists that we can't do enough with them.

Why do all scientists hate god?
Because they are mentally ill and are unable to experience true love. Thusly they cannot feel the Lord's warmth inside them, and this drives them to murderous extremes.

What are some positively true facts about stem cells?
Jesus Christ, our lord and savior, died not just for our sins, but also for the sins of every stem cell.

Once a stem cell becomes specialized it is locked into an exhausting career that will eventually end in death. That's right, each cell will literally work until death. There is no hope of a cell ever escaping this fate. As above, so below, you will do the same in your life. Have fun!

It is plausible that stem research could one day lead to Christopher Reeve being posthumously cured. Unfortunately, any actual posthumous walking would require the aid of special puppet strings or an extremely high dose of radiation. Either way, we're looking at a pretty awesome parade.

Popular novelist J.D. Salinger started his existence as a bundle of stem cells before writing "The Catcher in the Rye."

Because I do not understand the sanctity of anything, let alone life, I am greatly in favor of stem cell research. I'm not personally dying of anything yet, but I expect to one day be rewarded with several diseases as part of my choice to live life as a jerk. If we don't have a problem bombing, starving, or exploiting kids in foreign countries, I see no reason for us to be concerned with the well being of pre-humanoid goop. That goop could possibly save lives, so in the end it balances out. If God disagrees with this action, then I don't see why he couldn't personally intervene. It sure would solve a lot of problems if he did.