Friday, Sep 30, 2005 by Josh "Livestock" Boruff (@Livestock)
Movie tie-ins are nothing new, as Hollywood is always looking for a way to promote its crap. Corporations, too, want the recognition of a major motion picture attached to their products. George Lucas licenses the Star Wars franchise to anyone for anything, allowing you to get everything from Jar-Jar lunchboxes to C3P0 sex dolls. The beast that is the movie tie-in is unrelenting and merciless with no shame at all. This week the Something Awful Forum Goons seek to tame this beast by creating some practical food-based movie tie-ins. Oh who am I kidding, they're ideas are just as bad as the real thing! Bring your appetite, because the meat is on the table!

Argyle makes a fine sweater, but he also made this image which started this theme off. 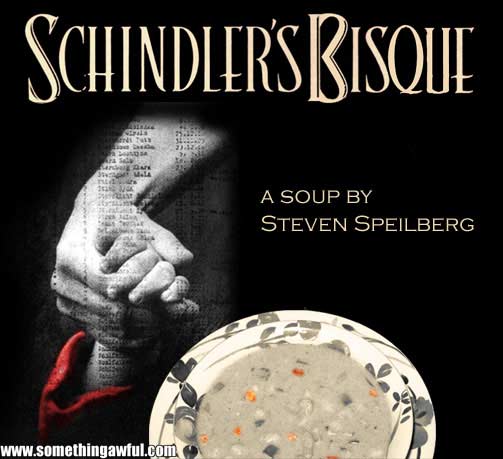 "Woof! woof!" Unkempt said adorably after placing this precious image at my feet 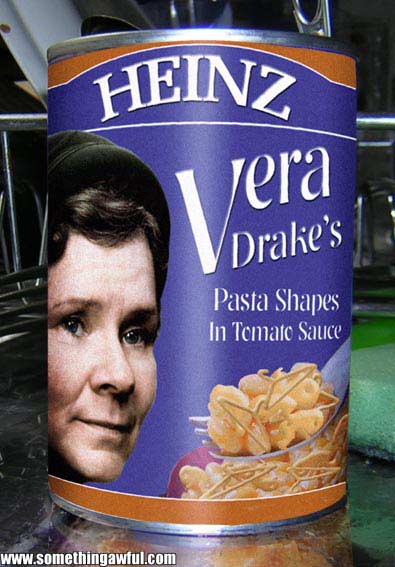 MariusMS likes making pictures, but he really prefers to wander into the woods at night in his bathing suit after hearing strange noises. 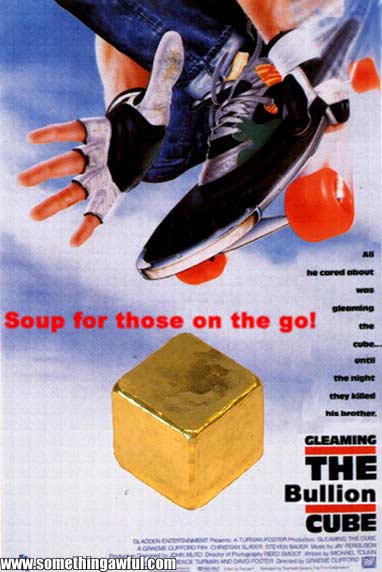 Every time I see an Unkempt image violins play and trumpets flare in my head. Also my eyes bleed. 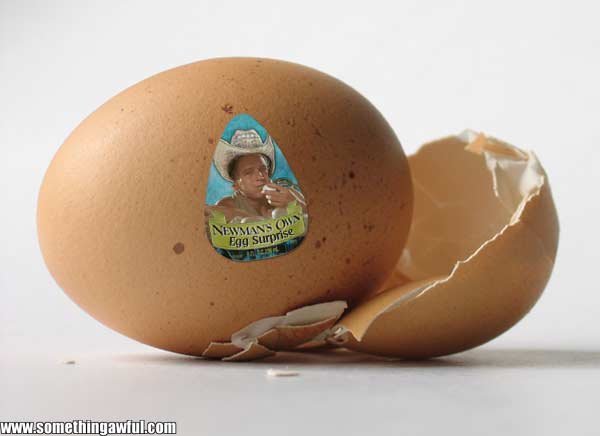 "Turtles in Space" is what I would title the making of this Steve Yun image. 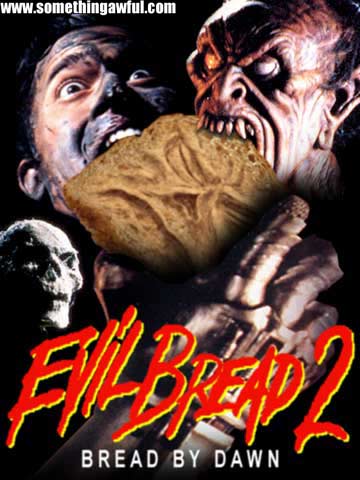