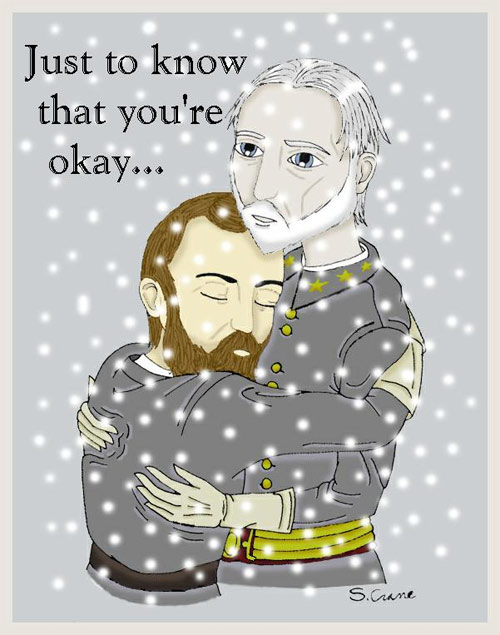 The older Virginian turned around just as Jackson reached him and drew him into a tight bear hug. Thomas Jackson—the man they called a stonewall—could’ve wept from sheer joy. Robert, his Robert, was unharmed. Jackson felt it in the steady beat of Lee’s heart, a triumphant, reassuring sound the younger general silently exulted in.

A tender moment. But sometimes you've got to ramp up the heat!

Grant buried his face in Lee’s jacket. Cotton brushed against him, engulfing him as much as Robert’s touch, and Ulysses inhaled deeply, savoring the scent of Colonel Lee: horses, gunpowder, and just a cloying hint of that sweet Southern tobacco.

Pretty much everything on the site is so over-the-top absurd it is worth reading. Great artwork, too! Very touching!