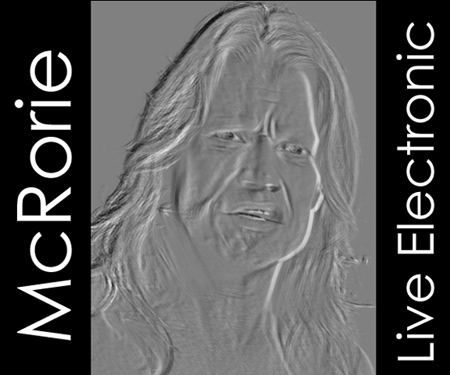 Good one-man bands don't exist. They're just not a thing. It's too gimmicky, too distracting, and the fact of the matter is it's nearly impossible to do so many things at once, unless you're a musical genius with the last name Bach. (J.S., which stands for "Just Sebastian.") But there's a man who's out to change that perception, and he happens to look a hell of a lot like J.S. Bach himself, and his name, apparently, is McRorie.

He doesn't change that perception at all, incidentally. But he does come with an awesome promo video. Whether he's trying to tap out the world's simplest basslines with anything approaching rhythm, or shuffling around awkwardly in order to play the foot drums, this guy is worth watching. Once, maybe twice.

McRorie was probably some ad executive in the Casio R&D labs who had a nervous breakdown, and the only way to calm him down was to give him all the shit they knew no one would buy. Either that, or he's some dude from a really depressing alternate future where Marty McFly accidentally opens up for Buddy Holly and plays a synthesizer and the history of music is forever changed.

I don't particularly care about this guy's origins, though. I care about where he is now. And where he is now is right in front of you. Seriously, I urge you, click the goddamn link to the promo video. Stop reading this and start clicking.

Alright, now that you're back, I want to make sure you get to everything else, too. His posters rule. One has him in front of a nuclear blast. And you checked out the mp3s, right? Did you listen to "Sheman"? And "Cowboys Take Drugs Too"? I like "Sheman" more. 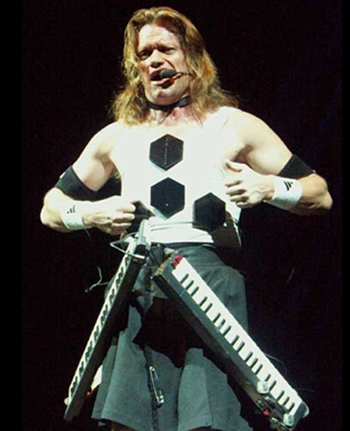