Village of Arcade (Thanks, Erik!)

Wednesday, May 27, 2009 by Andrew "Garbage Day" Miller
Know of an awful site? Send it to us and become a hero! 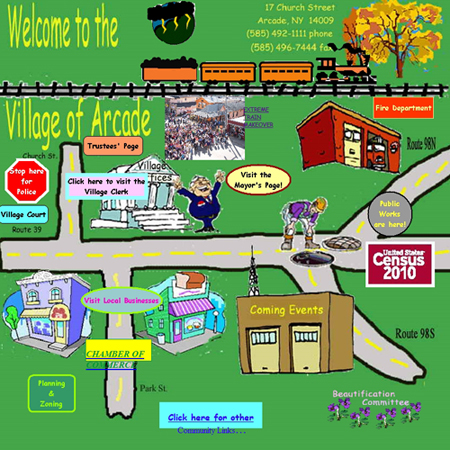 True to the modern-era implications of the village's name, the Arcade page looks like a video game, albeit of the early-'80s educational variety. Animated GIFs lend the fire department and justice court the dignity they deserve. Passers-through would be wise to avoid speeding tickets and other municipal infractions, lest they run afoul of caricatured police officers and end up incarcerated in a broadly sketched jail cell with a masked cartoon burglar.