Despite that TV news may lead you to believe, the U.S. is a lot safer these days. Declining crime rates mean children can play outside again and old people can walk the streets without incident. This doesn't bode very well for the world of disorganized crime, street gangs. Membership is down and efforts to recruit new members are failing, until now! With the help of the Internet Da-Blocc is helping to create gang awareness and usher in a new era of gang activity. Scientists at the Crips Institute of Thuggin' Studies claims that this new online presence will help make gangs cool again and increase initiations by 52%. Come on guys, let's get carjackin'!

This person's sig says "Livin in a Gangstas Paradise!" but it doesn't seem that way from their posts. Spread your message of peace elsewhere. Thank you!

Just so you know, guys, one of these opinions are okay to have.

Uhm, I think they just gave you the address of a KFC. Show them what's up, homie.

Just to shake things up a bit, this person posted the address of a Shakey's Pizza.

Oh no you didn't! It's on now. We're totally telling on you guys. 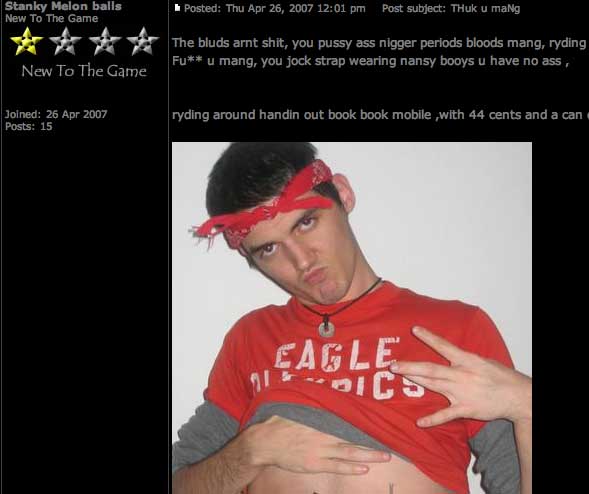 Finally there is some peace in the world. Check out dis hilarious YouTube vid! 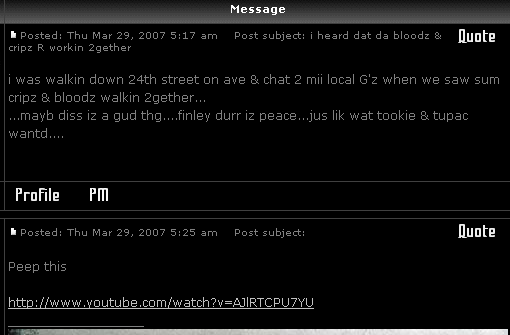 Back in da day a G could make 5 grand a day online but the bubble burst, holmes. Niggas be sellin' stock with no real business plan! This dot com went down like a mutha fucka. 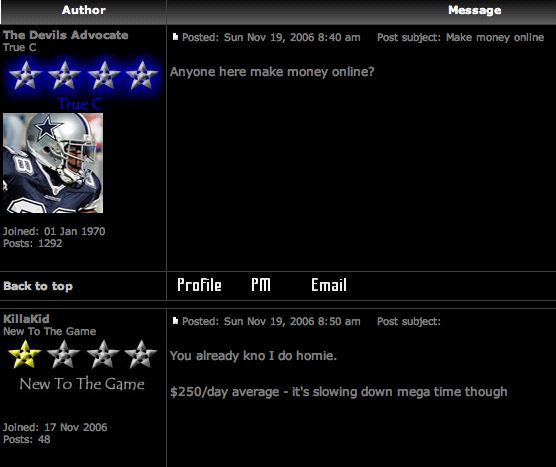