Originally, tooms had the idea for a Rosanne animated series, but after that fell through he was able to recycle the John Goodman image into another concept. 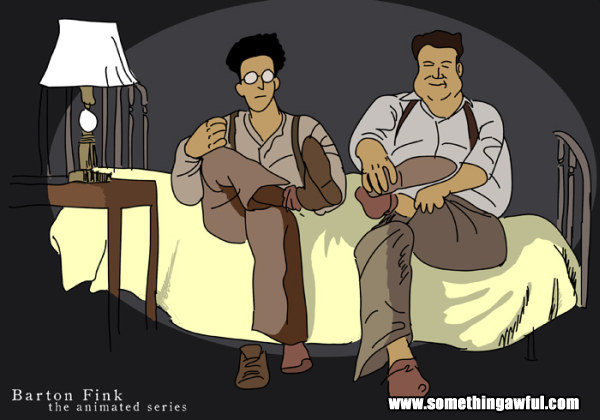 If you're American like everyone on the internet is, you probably won't understand the following contribution from Tripplejol, assuming you don't harness the mighty power of Wikipedia. But I'm not American so I'm going to use it, and your god bless freedom 9/11 apple pie eagle troops can go to hell. 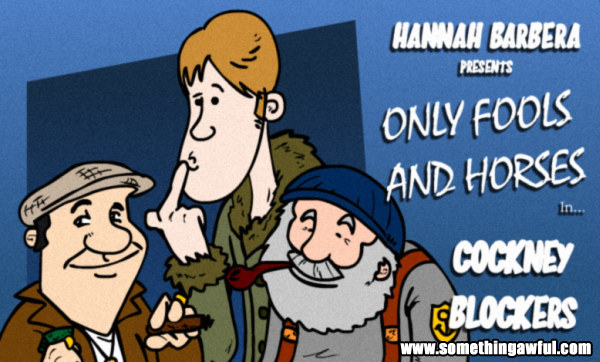 The final effort from Wideshanks is as long as a Monday feels to Garfield (that is very long indeed my friends that cat simply cannot stand Mondays!).

Every animated series devised in this article so far has been picked up by a major network to make a pilot, so my work here is done. Thanks to the readers for reading, the drawers for drawing and the Pope for poping. I also want to extend a warm handshake of appreciation towards TheRealBMcD for encouraging our forum goons to get involved and draw some amusing images! Next week's Comedy Goldmine will be more exciting and delightful than a trip to see Santa Claus on the moon while playing an indestructible Xbox 360 with Barrack Obama, Ron Paul and the rest of your favorites. Also, they're letting you win at Call Of Duty 4. Join me again next Tuesday!