I'm a big fan of God. I think he's a smart entrepreneur who was able to get his business running in such a fashion that he doesn't need to be around each part of his organization every minute of every day. He's done the hard work, now he can just sit back and reap his rewards. That's why my blood boiled with the rage of a million exploding suns when I noticed that the SA forum goons had decided to mock the signs placed outside of churches to catch your attention and possibly turn you into a devout Christian. However, my anger subsided when I realized it was all in good nature and they were making fun of the bad puns and dumb jokes rather than turning into a mob of mini-Dawkins. You will burn in the firey pits of hell if you continue reading.

I have to drive through a lot of small, semi-rural towns during a typical work week, since my job involves multiple locations. For some reason I've noticed that the further out from the city you go, the bigger the groaners they come up with for the signs outside of churches. I'm not a religious man myself; no militant atheism here or anything, each to his own I say, but it's just not for me (although I do find certain congregations rather creepy; "uncomfortably nice" is the best way I can put it). The purpose of this isn't to make fun of Christians, but some of the trite little puns they come up with have my jaw dropping at the utter corniness of them.

"Oh, okay. Hey guys, what's supposed to be on your si-- Waaaaait a minute, this is a CHURCH!"

I wonder if these are more for the people who attend than the people who don't, because I can't imagine any non-church-goer saying "Wow, that's so cute and clever, I think I'll stop in!".

This actually occurred a couple blocks down the street from me 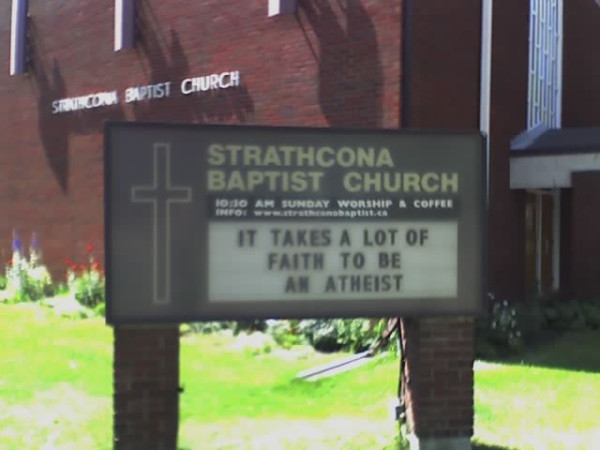 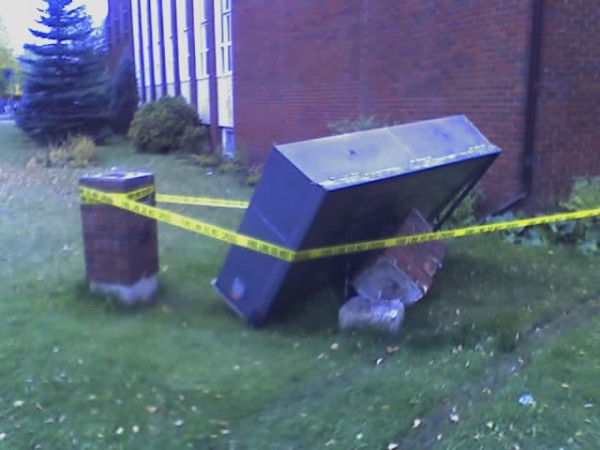 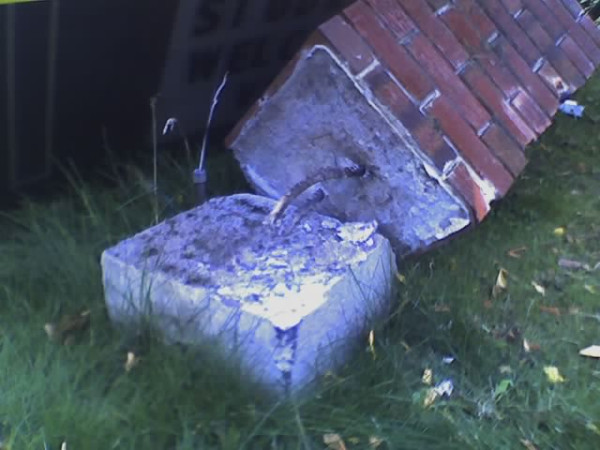