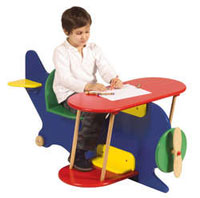 What this kid is doing probably breaks a few FAA rules.Oh boy, it's that magical time of year once again! Severe ice storms luring out countless miniature Asian women with poor vision, promising them incredible treasures if they agree to propel their mammoth black SUVs 90 miles an hour through residential streets and backyards. Bill O'Reilly bravely defending America's silent Christian minority by manually detonating his brain every time a gas station in some microscopic town asks their employees to say "happy holidays" instead of the more traditional "merry Christmas, Jesus loves you, Christmas is all about Jesus go to Christian church right now and email everybody you know demanding they vote for that fat guy from 'Law and Order'."

Like each and every year, the holiday Christmas season wouldn't be the holiday Christmas season without the obligatory seasonal double-fisted prostate exam known as "air travel." Truly a dreaded period for all involved, traveling during the holidays serves as the proverbial "double whammy" for all foolish enough to fly. Blind-eyed victims are initially assaulted and worn down during the process of air travel, then life finishes 'em off once the victims arrive at their destination and are forced to constantly interact with their family for a solid, never-ending week. Have you been dying to hear good ol' Cousin Mulletskull's revolutionary opinions regarding his depressing, dead-end job inspecting conveyor belt gears at the Quaker Oats processing plant? Not only will this mystery finally be solved, but it will be solved over and over and over again this holiday Christmas season because nobody has anything else to talk about!

As our stupid, worthless conscious inevitably guides us toward crowded, angry mobs of perpetually displeased people held hostage by the airline industry, some of us may accidentally forget a few air travel tips. These people are known as "airline assholes" and I hate them and actively encourage everybody to beat them to death with Brookstone desperation gifts. Don't be an asshole; please read and learn from these common air travel misconceptions, all of which are common... but only to airline assholes.

SIT DOWN YOU HORRENDOUS, HORRENDOUS PEOPLE.1) Crowding around the departure gate will not magically speed up time. Simply put, Congress disappoints our nation each and every day they fail to pass a bill granting US soldiers the permission to gun down morons gang raping departure gates hours before their plane even arrives. All you boring, yammering dullards wedged into cheap grey suits should read, highlight, and memorize the following revolutionary revelation: it doesn't matter how close to the departure door you can thrust your yuppie ass. The plane is still going to leave when the slowest, fattest, most repulsive slug creature is hauled into its seat by retching flight attendants struggling with rusty industrial winches and tongs. This creature will invariably be wearing a licensed Loony Tunes shirt.

Allow me to break this down even further, shaping the concept into painfully simple terms even the most dense, mental black hole airline asshole can comprehend without consulting a .pdf file on his shiny new Blackberry sprouting from his withered right palm: if you can't board the goddamn plane, don't try to fool me by pretending like you can. Let's say the flight attendant announces all passengers in rows one and two may now board. Your ticket is for row three. The number "3" appears beneath the word "row," all displayed in a stunning bold print. Simple logic dictates that since your row is three, and the number "three" is currently neither "one" or "two," you are not permitted to board the plane at the current time. Therefore, the recommended course of action is to SIT YOUR BURGER-BAGGIN' FAT ASS RIGHT BACK DOWN UNTIL THE FLIGHT AGENT ACTUALLY LISTS A SERIES OF NUMBERS CONTAINING YOUR ABSOLUTELY AMAZING SEAT.

Don't instantly leap up and press yourself into the boarding gate as close as you can without merging into its DNA, you braindead soulless lumps of chapter 13 case files. This is counter-productive and actually slows down the people boarding the plane, thereby consuming more time you could've otherwise used to blather away on your phone about real estate or advertising or whatever other boring, draining, shitpile job consuming your entire existence.