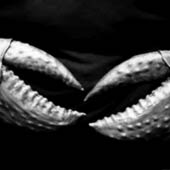 You ought to be ashamed of yourself. Your administration has allowed vicious Clawmen to invade our modest town and run riot. Worse, teenagers are starting to emulate their behavior, pretending to claw things or donning pruning shears to go out and vandalize the neighborhood.

I moved here to get away from nonsense like this, and now it's everyday life. If you have any decency, you will send these Clawmen packing, even if you have to march to the Clawman homeworld of Clawmania and tell the Clawman King to pack it up.

Until then, you can bet I'm going to have some colorful things to say to the editors of the local paper. Hope you like seeing your shortcomings in print.

It's been a week since the Clawmen invaded and you have not done a damn thing to stop them.

The Clawmen have clawed my house, my family, and our horses into oblivion. And still more are pouring out of that glowing claw-shaped portal near the old train depot. When are you going to do something?

I believe there is a perfectly reasonable libertarian solution to all life's problems, and the Clawmen are no different. I expect you to bring that solution to the table pronto, "mayor."

With all due respect, you're a horse's ass. Two Clawmen clawed the high school football field to shreds, along with the bleachers and the goalposts. Well, there won't be any home games for the Fightin' Cougs now, so thanks a lot for nothing.

Have the Clawmen arrested, idiot.

I don't normally write to politicians, but I gotta give you your dues. These Clawmen are the best thing to happen to the city. Ever since they took the streets and started clawing everything, I haven't seen hide nor hair of all the damn skateboarders. In fact, I seen a Clawman claw a skateboard to smithereens.

I'd say give these Clawmen the key to the city, but they'd just claw that, too, God bless 'em.

Have you had time to consider the proposals I made at the last town hall meeting about labor camps for known skateboarders? What about adopting an official town stance that 911 was an inside job?

Keep up the good work. We're winning the fight now.

The Mayor's Office wishes to let you know that it is doing its best to maintain order during the Clawman Crisis.

The Mayor believes the Clawmen were attracted to our community for the same reasons you were: Our competitive job market, beautiful parks and schools, and friendly atmosphere. At no point did the Mayor ever wrong the Clawmen King or incur a Debt of Claw. And despite what the papers would have you believe, the mayor did not snatch away a Clawman egg during his recent trip to the capital.

Nothing can stop a Clawman when it has a mind to claw something, and no known material can withstand its crushing grip. Because of this, the Mayor's Office has ordered all police and emergency service personnel to stay out of the Clawman's sight, lest they be clawed to death.

Until such a time that science develops a way to survive the enormous pressure of a Clawman's claw, or else disable a Clawman before it can even squeeze its claw shut, there is no hope of stopping them.

Our best bet is to wait it out, because it's only a matter of time before the Clawmen lose interest in our community and turn to greener pastures, such as neighboring Welpsburg.

In the meantime, please remain in your homes and avoid being seen by Clawmen. Giving them attention only encourages them to claw more things.

Thank you for your interest in the community!