'A Race Against Space' and Five Other Essential Sci-Fi Titles for Future Reading! 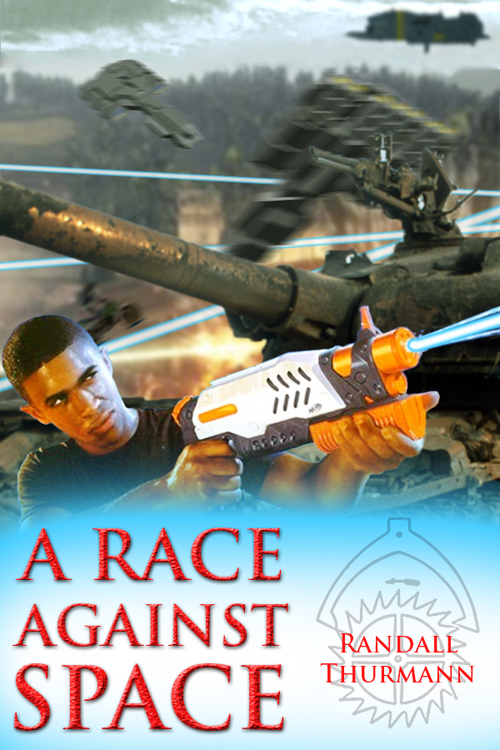 Randall Thurmann, A Race Against Space

"The enemy team was advancing rapidly toward the battle field, ready for a fight. From such a long distance it was difficult to tell whether they were aliens or robots, but it didn't matter: both of them were the enemies of humans in this war. Bathaniel Razorthorn gripped the handle of his sniper rifle as tight as he could, and lowered his eye to the scope, confident that it would allow him to "zoom in," making his enemy seem closer." 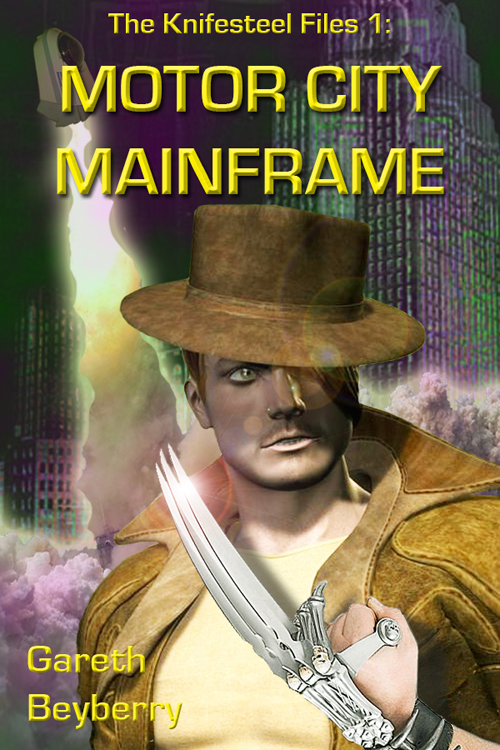 "Dirk Knifesteel graduated at the top of his class in swashbuckling assassin school, but even so he had always been something of an outsider. But now LaserDetroit, an old timey 1920s version of detroit, but in the future, was under attack, and the people who had made fun of Dirk during school were going to realize just how much he had learned about being an assassin... It was the year 1920. After man kind had gone so far into the future, they had to start re-using years that had already happened, and the city of LaserDetroit was entering an unparallelled period of productivity, closely parallelled by that of regular Detroit in the previous 20th century, only it wasn't cars they were producing... It was assassins." 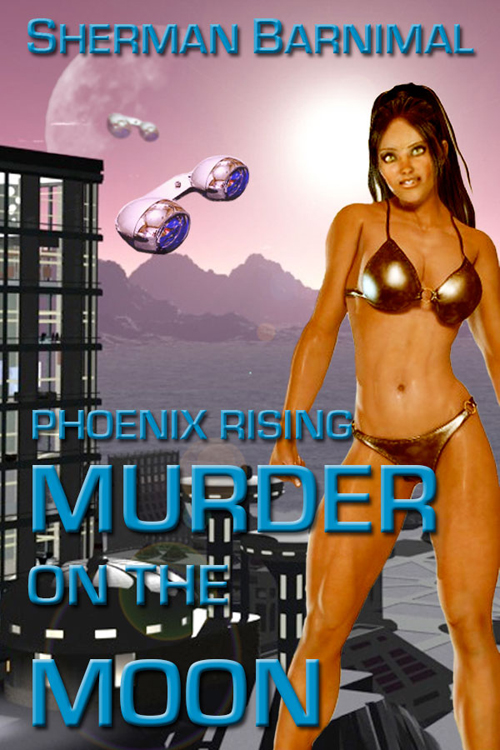 "Phoenix was an assassin, maybe one of the best assassins in the galactic quadrant, and not just good for a girl, but good for anyone. For example, the first thing people usually noticed about her was that she was a highly skilled, ebon-skinned sexy assassin. She kept this in mind as she stepped silent as a dark shadow into the room of the outer space slave lord who she was hired to assassinate. While her body appeared on the outside to merely be that of an extremely sexy woman, it also had some very good assassin qualities about it." 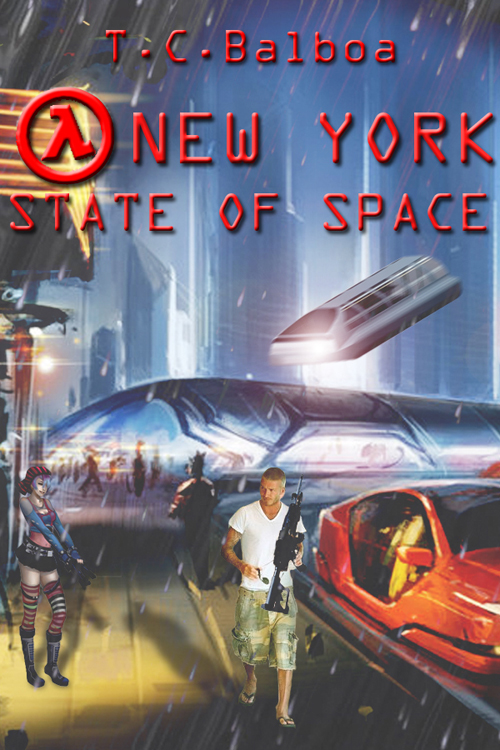 "As he crawled out of the mouth of the cave into an Alien city modeled after New York City (from Earth), Plasmax Shottyblast could feel that something wasn't right. He got up, he brushed the strange alien dust from his pants and looked around. There were a bunch of strange buildings, like, alien food stores and strip clubs where all the girls were aliens, but they weren't a big deal to him. He looked down at his own outfit, which had 3 bandoliers full of laser cartridges, a leather vest, camo cargo pants and sick Converse hi tops." 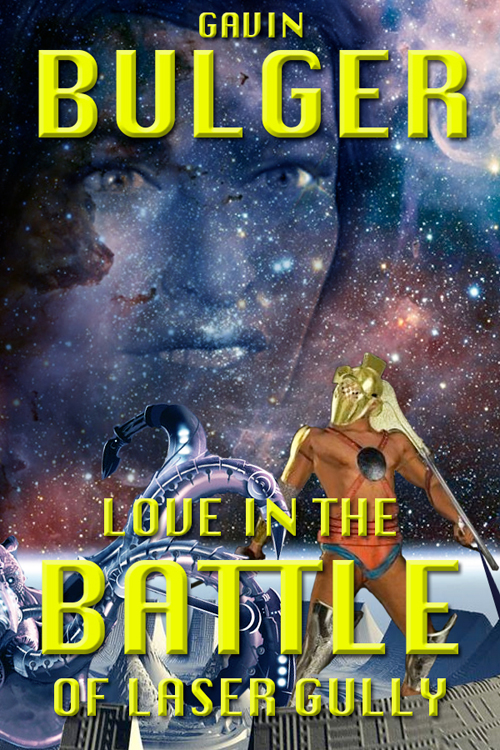 Gavin Bulger, Love in the Battle of Laser Gully

"Mesmerelda Starshine looked out over the combat training yard as she adjusted her holographic brassiere straps in an attempt to rein in her sexy woman's boobs. She could see all the men in training - strong, aggressive soldiers who were unskilled in using computer technology, which was the wave of the future. Or as they called it in the future, the wave of the present.

The sexual hotness of the combatants in training almost rivaled her own, but she had no interest in such men. She called for her servant, Alaester Blade-Sniper, a meek man of soft features and extremely long and greasy hair. he wore a black robe with flaming swirls of fire embroidered around the edges. This was the man who she knew was the real sexual dynamo, just waiting to be unlocked by her sultry advances." 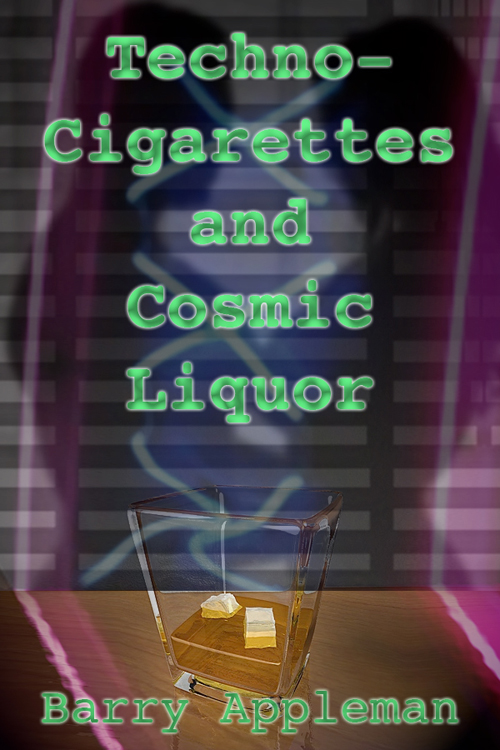 "The big neon wine bottle sign came into view as the hover-cab rounded the corner of 8,000th and Hyper-Broadway. The big neon sign always made him want to drink some wine, which was good because it was placed right above a futuristic wine bar. In fact it was the sign for that very bar. 'Pull the cab over here, but keep it hovering,' said Trix Booberry. 'I'll just be a couple of Astro-minutes.'"