Kate Middleton's Fish Ripple Primed to Drop a Royal Brownie in the W.C. 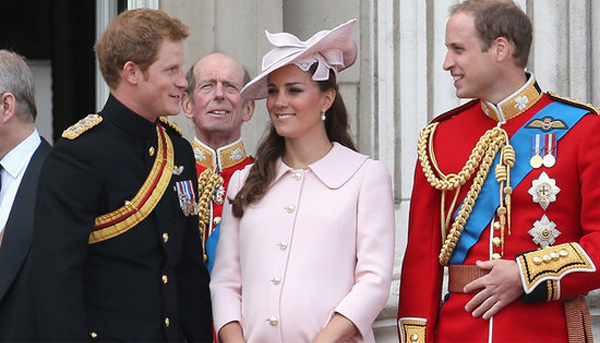 Cawwwwww that minge is gettin' ready to spit a wriggler out her front arse. Ya know? Kate Middleston? That Chapel Row slapper that got a gut prod from his royal nonceness William. Not the one with the bum, that's the sister. The other one. With the bloody hats.

Fuckin' hell, she's a piece. I'd love to 'ave her wrap her chewy bits on my fuckin' wart wand. Class act, her. Half Chinese? Right? No way. Pure blue on the inside whatever they say.

Everyone is in a bollocks and buckets about this bit of fanny shite. Don't know why. Pudding headed cunts, queen excepted, get born inside out anyway. Chances are as not she'll squeeze out a fly beast.

What then? Put it down the drain? Knock it off a building? The papers would never let up. It'd be Savile touching willies all over again. Have to get Max Clifford to blame it on a deranged stalker.

Fuck it, I say. Silenced pistol. Tell the papers the blacks ran in with balaclavas and did it in for the Talibans.

Here's what a computer said the babby will look like: 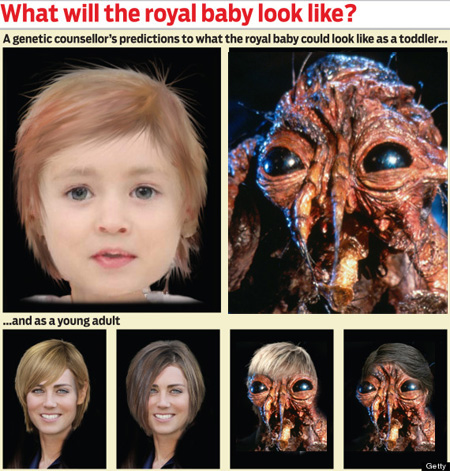 So Kate's at royal hospital having poles up her gash or whatever they do. Sorry, didn't take baby maths. Can't all be fucked to go to hospital. My daughter was born in a Tesco car park what of it? Put her in a bag and took her right home with a 12 pack of arse paper. Eyes too far apart but otherwise fine, you classist shite.

Don't trust the NHS with a bee bite on my finger. They'll put you in queue and you'll come out dead before some foreign doctor so much as looks at your cock. Because of the immigrants cutting ahead.

Want to know the babby name? Here's some ideas.

If it's a bird, call it something bold like Buggerlift or Page Six. Imagine that on the screen while she's pissed up on Big Brother fighting the brown one with her tits out. Get her eyes, Buggerlift! Too right.

What's the point, anyway? We're all fucked by the immigrants and the EU. Gonna let the Germans tell us to get rid of the pound? That what we fought all the wars for? Britain for British, I say.

Like Kate Middlestons. Pretty British with fat tits. You know they're a goer if you pour enough rum in them. That sort of British.

– An American's Concept of a British Person (@sexyfacts4u)