A Look at Chicks that Suck 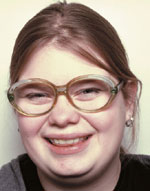 By my own estimation I am pretty much the biggest expert on chicks around. In my 19 years on this planet I have dealt with chicks of all shapes, sizes, colors, and temperaments, and I'm sad to report they basically all suck. Exceptions to this rule are few and far between, but that's mostly because their teeth were also few and far between and somehow they managed to grow a personality in the place of good dental hygiene. Sometimes they were really fat too.

Because I am so knowledgeable on the subject I thought I would share some of my wisdom with you guys. The stupid bitch AI in my comp class says I should always introduce a paper with a thesis, so here you go: There are a lot of different kinds of chicks that suck and I'm going to tell you about them. Mostly this is because they are public eyesores, but sometimes chicks can be ugly on the inside too. This could mean they have cancer or some other disease (which probably means they're bald and way too skinny) or that they have a bad personality. What I'm getting at is that any way you slice it they probably suck, and now I'm going to tell you why. 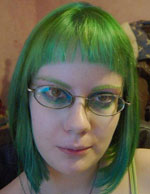 Ugly chicks are kind of like the catch-all of this group because most of the chicks we're talking about are going to be ugly. Just remember that for their ugliness to be its own merit they have to be really, really ugly. Like, so ugly you look at their face and start wondering what their underwear smells like and pretty soon the smell of old chalk and/or tuna starts giving you migraine headaches. This means that you have to avoid fat chicks at all costs if it's over 85 degrees outside, which can cause problems if your route to class takes you by the comparative literature building. This just goes to prove that every woman has a different way of giving you headaches and making you miss out on important stuff.

Ugly chicks with their hair dyed bright colors: These chicks suck because they're trying to draw attention to their faces when they should be directing it somewhere else, i.e. away from their faces. If you are an ugly girl you were born without neon-green hair for much the same reason deer were born without targets on their sides. This is called evolution, which you may recognize as the only thing that is fucking you.

Ugly chicks that think they're pretty: These chicks are gross but they think they're hot shit, which is a lot like a doctor telling you the tumor is malignant and it's spreading to your ballsack. These girls usually look like retarded birds and wear belly shirts so you can see their delightful medley of butterfly tattoos, stretch marks, and hickeys. They will pester the DJ at a party to play a country song and then start hollering and dancing on a table until some poor sap takes one for the team and drags them off to the bedroom. The next morning his dick will be bright green and she'll be deciding whether to name the baby "Delonte" or "Toby Keith Jr."

Ugly chicks that always look kind of dirty: You kind of have to feel bad for these chicks because they look like dogs that just rolled around in something dead, but nobody wants to drag them around back by the scruff and spray them with a hose. I'm not really sure if they're dirty because they don't care or their skin is naturally covered in patches the color of a baby's asshole, but I'm sure as hell not going to get close enough to find out.

Fat ugly chicks: This is like God giving you lemons and you make lemonade, except it's really God throwing funnel cakes at you and you eat them all, and then you wonder why I get all mumbly when you start talking during class. If you didn't know, it's because I'm used to hearing people who can say three words without stopping for a breather, but then if I give you a mean look to shut you up I want to puke everywhere.

Skinny ugly chicks: Back in high school there was this white trash chick who was really ugly and skinny. On top of that I guess she was kind of retarded, because she was always licking her upper lip. This made it look like she always had a Kool-Aid mustache, but her family was so poor they probably had to buy Flavor Aid. Either way the top of her lip was pink because of her nasty-ass tongue rubbing up against her crustache. Since she didn't really have any boobs or anything and her face was always all stained, you'd think at least one of those pedophile dudes would pick up on her, but she also smelled like burned motor oil really bad. That's probably too much for most people to take, even a child molester.