Defending the Indefensible: Kings of Leon

Everett True writes about music he likes at this site. Go there to find some amazing bands you probably haven't heard. Speaking of which, he'd managed to avoid hearing Kings of Leon until being assigned this article. Sorry.

Someone's been lying to me.

Someone once told me that Kings Of Leon can rock. 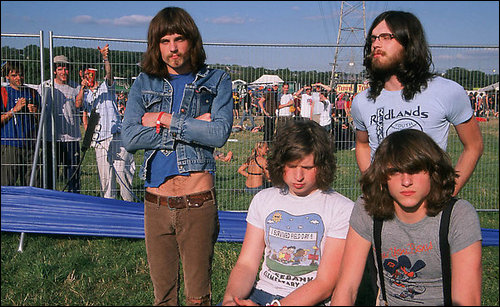 "I used to admire them for having Creedence hair," remarks one 'friend' on Twitter, "but now I can see they're just American jocks ... like the awful Foo Fighters."

1. Hair-length has never been a good signifier of ability to rock, otherwise we'd all be in thrall to Poison.

2. Music is not football, American rules or otherwise.

3. Dave Grohl's not that bad, is he? It's a serious question. I haven't knowingly listened to his group since 2000. But as far as I know, Foo Fighters have never released a song as mind-drudgingly dull and anaemic as "The End" from the new Kings Of Leon album Come Around Sundown, which is like Coldplay and U2 rolled into one only A MILLION TIMES OVER, and which features the most horrible guitar sound this side of Jonny Greenwood.

Foo Fighters have never released a song as pompous and meandering and bombastic as "Pony Up" from the new Kings Of Leon album Come Around Sundown, which is like Coldplay and U2 rolled into one only TEN MILLION TIMES OVER, and which features the most horrible drumming this side of Journey. Have they?

Foo Fighters have never released a song as shamelessly opportunistic as "Radioactive" from the new Kings Of Leon album Come Around Sundown, wherein Kings Of Leon drop all pretence of wanting to sound like Coldplay and sound EXACTLY like U2, even down to the pope-felching 'expressive' vocals of Caleb Followill. Have they? 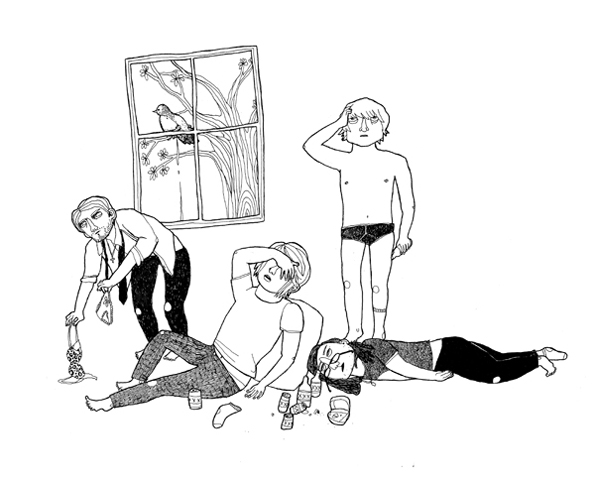 Any occasion to reprint Ali Horn's awesome Kings of Leon illustration from our August 6, 2010 "Rock Stars!" article by Daryl 'Fucking' Hall is a good one, especially if it doesn't involve me personally having to listen to Kings of Leon.

"Their second album is great," writes another Twitter 'friend'. "They've since decided to become a Top 40 hit machine and I wish them all the best with that." Look, let's shout this out from the rooftops and wipe it in three-inch excrement across the chests of a thousand money-grabbing rock-destroying A&R men: I DON'T CARE WHAT KINGS OF LEON HAVE DONE BEFORE. Nothing can excuse this grey amorphous pottage of shoe-gazing guitars and rictus-inducing vocals, every song over-polished and wiped clean to buggery until all that is left of the original turd is an even smaller, even harder turd. I was expecting a mediocre Led Zeppelin rip from the fifth Kings Of Leon album, even a few dynamics. Not this. Not this pile of self-regarding, verbose, anodyne crap. How are the Kings Of Leon going to tell themselves apart from the Chris Martins and Bonos of this world when they meet at award ceremonies? I sure fucking hope their press machine remembers to write them name tags.

"There should be no thoughts on KOL after 2007," states another 'friend'. "They stopped being relevant 3 years ago." (Who are all these assholes who once listened to Kings Of Leon? What is their fucking problem? Why are they following me on Twitter? Why don't they go suck Perez Hilton's bum-hole or something if they're so into their celebrity culture and middle-of-the-sidewalk rock?) "Nothing that a bit of Warpaint can't cure, surely? ;-)" suggests another. No, no! Don't click on that link. It's like ... God, they even have the same fucking guitar sound as Kings Of Leon. WHAT IS WRONG WITH YOU PEOPLE? 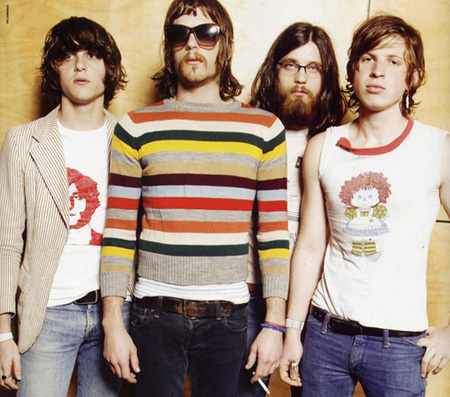 Bring on the pigeons.