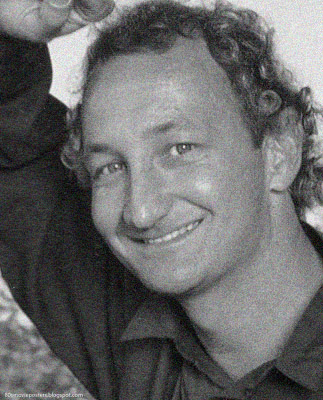 Frederick James Krueger, 42, passed away this Saturday at Springwood High School, surrounded by the fire that killed him.

Local residents of the community may remember Mr. Krueger for the several missing children last seen walking into the boiler room he once maintained, but teachers and administrators at his institution think of him in much kinder terms. "He might have been gruff, but he got the job done," remembers Principal Mark Jeffries, who originally hired Krueger in 1958. "And he had a bedside manner that often belied his antisocial persona. Whenever I'd find the odd pile of throw-up in the hallway, Krueger would be right there, mop in hand, screaming, 'I'm gonna mop the floor with you, puke!' I didn't quite understand it and still don't, but Krueger had a degree of showmanship a stuffed shirt like me can appreciate."

Starting life as the bastard son of 100 maniacs, Frederick had the cards stacked against him at an early age. Despite these difficulties, he pursued a career in the custodial arts that eventually landed him a lucrative role as the head and only janitor at Springwood High School. Though he didn't speak to many during his 10-year tenure, the few who conversed with Krueger remember him as a dreamer. "Once, while tracking down and killing the fleas of one of our more rural students, Frederick confided in me," says retired English teacher Edna Burwinkle. "He said he always imagined himself cleaning up the trash of important dignitaries at some foreign embassy. That's all I could make out because he was eating a whole thing of sardines at the time, but he seemed really committed to the idea."

Students remember Krueger's relationship with them as one of playful antagonism. "He'd unscrew the salt shakers at our lunch table; we'd burn down the lean-to he slept in behind the school. It was all in good fun," says returning senior Dole Bachler. And, even in his darkest moments, Krueger always met adversity with one of his many puns. According to Dole, "We had this wild plan where we'd fill water balloons with our piss and chuck them at Krueger. After the first round hit him, he just turned around and yelled 'Pee ya later!' This made Duke real mad, so he swung a sock full of half-dollars at the back of his head. He didn't say anything after that, but I bet it would have been funny as hell."

Despite his jovial attitude, Krueger was no stranger to controversy. When the local community started pointing to his boiler room as the final destination of several missing children, Krueger could only shrug away the scandal by claiming, "The only thing being killed here is my reputation!" He then followed this statement with an estimated three minutes of laughter, which was chalked up to his oddball personality. Marge Thompson, a local resident who once headed up the Stop Krueger Now watchdog group, now recants her former grudge against the misunderstood janitor. "Not long ago, I thought Krueger had something to hide," said Thompson, "but now I think he was just a scapegoat, and the evidence behind his demise should be destroyed immediately. And I mean immediately. Let's just forget about this before other people can get roped into what would be, at best, voluntary manslaughter."

Frederick James Krueger is survived by no one, and to date, none of his 100 maniac fathers have stepped forward to claim the soiled-yet-festive sweater he leaves behind. In lieu of flowers, donations may be made in his name to The American Knife Manufacturers Association, or dropped off at the mysterious "I'LL BE BACK" message carved into the Springwood High gymnasium floor that rejects any attempt at buffing.