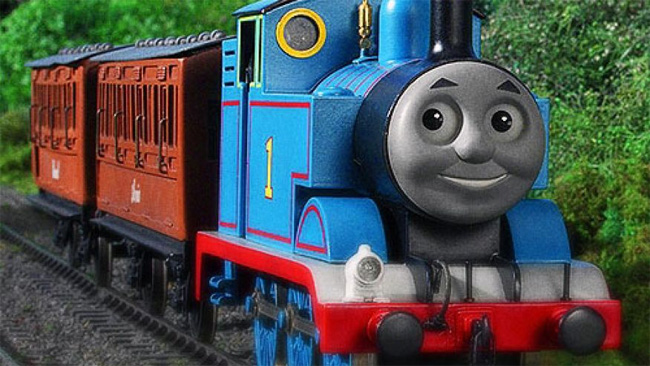 Crunch time has arrived for those among us that still have not chosen a Halloween costume for this weekend's festivities. Before you try to pass yourself off as a serial killer or a body snatcher, try one of these simple, inexpensive and readily available costumes.
Thomas the Tank Engine 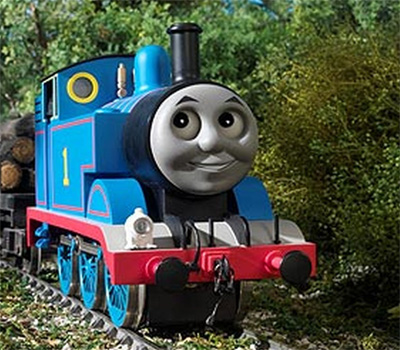 If you're a smaller train, you might as well go for good old number one himself, Thomas the Tank Engine. Be sure you have an 0-6-0 arrangement on your wheels and livery colors are blue and engine red. Roll your eyes a lot and smile a bit cheekily. It's the attitude that is going to make this costume convincing. Thomas is always eager, even when he's a little small for the job.
Percy the Tank Engine 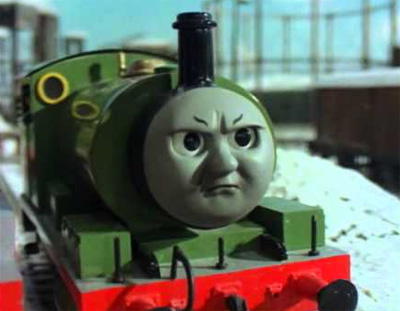 Similar to Thomas, but if green is your color, a little red striping will finish you off easily with a Percy costume. The key distinguishing feature is that Percy is a saddle tank engine with an 0-4-0 arrangement. That means only four wheels, so if you have six try hiding the other pair using black drop cloths on your middle wheel. You can probably ask an engineer for some canvas at the roundhouse.
Gordon the Tender Engine 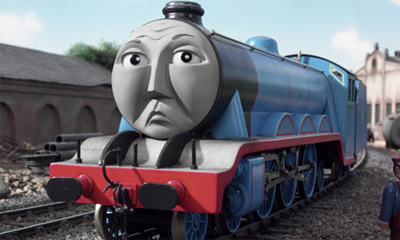 If you're on the other end of the size spectrum, Gordon might be a good choice. Big old number 4 considers himself to be one of the most important engines, and with good reason. He's powerful and he pulls the express. Livery here is very similar to Thomas. You'll want to use a bright red on the chassis and a complimentary blue on the engine. Remember, Gordon is a 4-6-2 configuration, so if you don't have leading and tailing bogies you might want to fashion some out of cardboard.
James the Red Engine 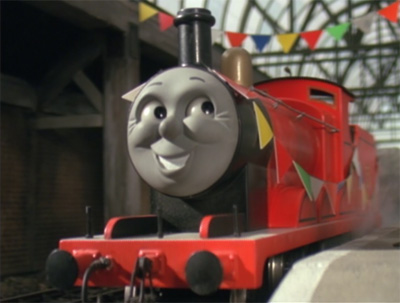 Wild man or woman? You can't go wrong with James. His feisty red color with gold embellishments matches up with his boastful behavior. His coal tender is a little smaller than Gordon's and he only has two wheels in the leading bogie, so he's a good intermediate size engine.
Toby the Tram Engine 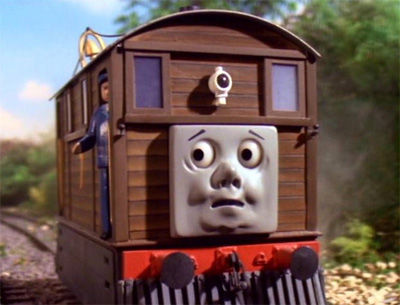 Often overlooked by people planning a costume, Toby is a great comedy choice. Nobody wants to be a tram, right? So fit yourself with a rectangular cowling and a flattened facade, remove any extraneous coal compartment or oil tanks, and outfit yourself with the appearance of enhanced seating. Your friends will flip out when they see you in this costume.
Donald and Douglas Tender Engines 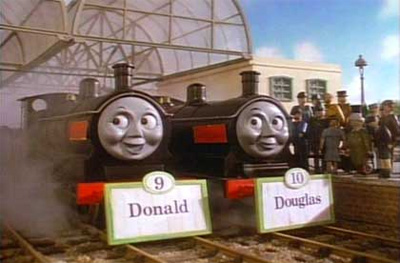 If you are going to the party with a buddy, why not try a joint costume? Donald and Douglas have matching mostly-black paint schemes with just a few red enhancements. The best part is that you and your buddy have the option of wearing name placards. Really want to mess with someone? Halfway through the night, switch the placards.
Emily the Sterling Single Engine 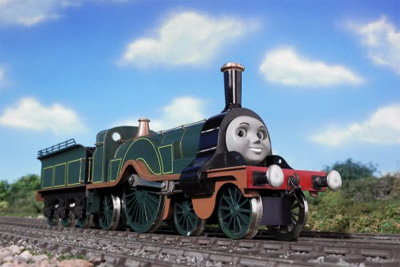 This unusual girl engine is a great choice for girl trains. Her handsome dark green color with red accents is classy and familiar. Girls can haul just as many passenger or just as much freight as a boy engine.
Whichever costume you choose, the important thing is that you be safe this Halloween season and be mindful of children. Also, whatever Sir Topham Hatt says, goes. Even if there is no one in the costume at the party, it's probably a good idea to nominate somebody to be the Topham Hatt.