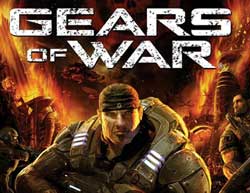 Gears of War's box art beautifully conveys the suffering of war. Click to see it big. The world is less than a week away from November 7th, Emergence Day. Gamers are going gaga over Cliff Bleszinski's latest opus, a third-person shooter that pits the player against a horrendous race of subterranean monsters set to take over the world. What sets Gears of War apart from other generic run 'n gun shooters is its emphasis on tactical cover and amazing interactive environments. What's more, gamers will experience an emotional roller coaster ride unlike any game they've ever seen before. It's what Bleszinski calls "destroyed beauty" and it's the theme for the year's biggest gaming blockbuster. Gears of War is gaming's Thelma and Louise.

Just how emotional this game will be is anyone's guess, until now. Our resident Something Awful hackers have broken into Cliff Bleszinski's personal computer and have stolen the final script to the game's cinematic cut scenes. You're entering spoiler country folks! But for those of you who are heavy enough to be into that sort of thing read on! It's the Gears of War leaked script.

EXT. ABOVE RUINS IN A HELICOPTER

Marcus, recently freed from prison, is riding in a helicopter with several other soldiers to the battlefield. He stands near the door looking into the distance. Privates Anderson and Hanks are also there.

Hanks (to Anderson)
Holy hell, is that the famous Marcus Fenix?

Anderson
Well what do you know, it might be. It'd be awesome to have such a bad ass soldier riding with us. I heard he killed 100 Locust in a single battle! Quick, ask him!

Hanks
Uhm, excuse me sir, are you Marcus Fenix?!

Hanks
Wow! I would have never thought in a million years I'd be fighting the war with the famous Marcus Fenix!

Anderson (laughing)
Oh, it changed alright. The fucking things are coming out of the ground! It's unlike any war we've ever faced! But now that you're here we're going to finally be able to kick some Locust ass. 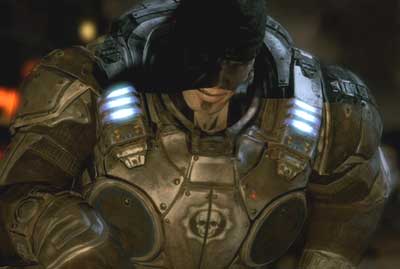 A tear forms in Marcus' eye.

Hanks
What the?! Are you crying?!

Anderson
Holy crap, he is crying. Jesus, this is awkward.

Marcus sniffles and tries to stifle his tears. Private Hanks stands up.Hanks
This is bullshit. Hey, guess what, THERE'S NO CRYING IN BASEBALL!

Hanks
No, fuck this. The worst war the world has ever seen and they send this blubbering cocksucker to fight it? This squad is about real men who kick ass and chew bubblegum, and we're all out of gum! Anderson, where is the gum?!

Anderson
I didn't have time to go to the store!

Cue Gary Jules - Mad World as the helicopter flies into the distance. Fade out.

Cliffy note: Oh, this is gonna be so emotional... I'm getting a bit misty eyed already. Gotta stay strong though. The video game industry is counting on you Cliffy. Stay strong. Stay black.

Marcus and several soldiers are running from the Locust. They come across a mine cart and tracks that lead to an escape.

Anderson
Phew! A mine cart! Jump in! We'll make our escape!Marcus stops abruptly and stares at the mine cart. A tear streams down his face. 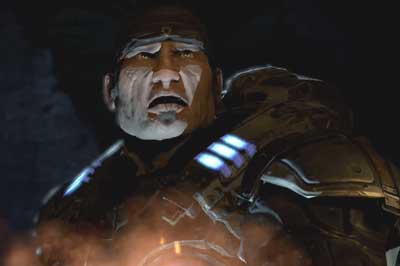 Marcus
This mine cart...

Hanks
Christ, he's crying again. What set him off this time?!

Marcus goes into a flashback. It shows that many years ago mine carts came to his homeland and murdered his family in cold blood. The flashback ends and Marcus stares into empty space.Anderson
Come on Marcus, snap out of it. We're here for you.

Hanks (laughing)
Maybe you should suck his dick Anderson. Come on you crybaby queer, get in the fucking mine cart!

Suddenly the Locust appear and kill Anderson and Hanks. Marcus snaps out of his trance and jumps into the mine cart. With tears streaming down his face he makes his escape.Marcus
This world is so corrupt...With that Marcus attempts to slit his wrists with the chainsaw thingy on his gun. Cue Gary Jules - Mad World.

Cliffy note: This is a truly gut-wrenching scene if I do say so myself. When people see the kind of emotional impact I've caused gamers to have they'll realize that video games are true art. Our Unreal Engine 3 shader engine models the most realistic tears ever seen in a video game. I can't wait until everyone gets to see this and cries together!

Marcus has finally made it to the Locust's lair. They've been brooding here for millions of years, planning their rise to the surface. Marcus has only one more chance to stop them. But will he give up the one he truly loves to save the world?

Luna
I knew you would never be able to abandon me, Marcus.

Marcus
Yes! Now we can finally go back to Serra together!

Luna
Though the Locust King has perished the center of the planet continues to bleed life from the whole world of Serra. If it does not cease, all Serra will become as lifeless as the Locust. But if I leave here the stored magic will be released too rapidly, and it may end up destroying the entire world of Serra. I'm a prisoner, Marcus!

Marcus begins to cry. His tears fall in a puddle of water conveniently placed under him. The camera pans to his face to show the raw emotion of the scene. 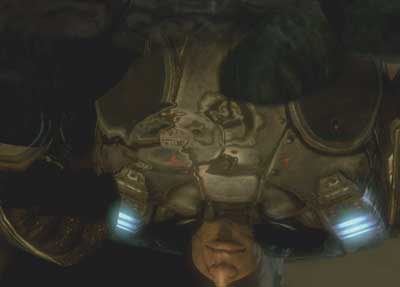 Marcus
I won't give you up! You mustn't give up either, regardless of how hopeless things may seem! There has to be a way! We must believe in the power that resides within each of us, Luna!

The scene cuts to a flashback of Marcus and Luna during better times. They whimsically frolic in the flower fields, share a warm embrace, and even a kiss. By now the player should be looking for tissues.

Marcus
I believe each of us is entrusted with a future to realize, and this is not our future! Luna, if we work together, I'm certain we'll find a way...Marcus walks towards Luna. The walls starts to crumble. He is engulfed by a white light.Luna
Marcus, no! You mustn't try it, it's too dangerous!Marcus walks through the light and reaches for Luna's hand.Marcus
We will always be together...in the past, the present, and the future as well. It's destiny!

Marcus grabs Luna's hand and she falls into his arms in a sweet embrace.

You know, I think I'll wait for Unreal Tournament 2007 instead...