This article is part of the Unlike My Opponent series.

Elections are fast approaching and, in a time like this, you have to know the facts to vote smart. That is why I am taking a break from the usual nonsense to tell you why you should vote for me, Joshua "Livestock" Boruff, and not my unseemly opponent. You see, unlike my opponent... 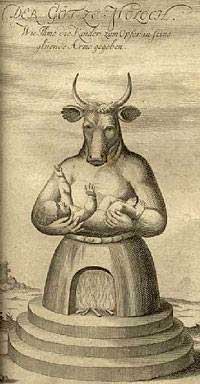 My support of the American worker has never wavered. Ask my opponent who built the 50-foot Moloch statue in his front yard. Mine was built my skilled American laborers. My opponent cannot make the same claim.

I believe in the value of naptime, and I vow never to interrupt your snoozing. You work hard and you deserve a break.

I am firmly against a plan to equip our nation's seniors with jetpacks and send them to die in Iraq for George W. Bush's unjust war.

I believe in democracy, and therefore will leave it up to you to make the right choice and vote for me and not my opponent, who thinks child molesters should be given free motorboats at taxpayer expense so that they can molest children offshore in international waters.

My wife is not ugly and I do not hit her in the face repeatedly out of anger and frustration.

I support a horse's right to gallop without interference. You won't find me shooting an innocent horse in the brain as it gallops through a pasture.

I would not burn down a haunted barn without first returning the stolen amulet to the ghost so that it can rest peacefully.

It is my solemn pledge to protect you and your loved ones from the poisonous death adders my opponent released in the town square.

I favored repairing the damage caused by underground natural gas vents, whereas my opponent wanted to throw innocent humans into what he called "the hungry mouth of the great Earth Master."

I am in no way, shape, or form an arthropod with an insatiable lust for human blood.

I have never once suggested that we round up American citizens in place them in zoos run by illegal immigrants. It should be the other way around.

I have not promised to personally stab every owl in the forest with an ice pick until "the long dominion of the owls is at last over."

I learned to control my grave robbing instincts at an early age, never allowing them to elevate to the dangerous level of tomb raiding.

I have never lost my temper at a campaign rally and attempted to strangle protestors with a shredded American flag.

I never graduated college by plagiarizing from the "Lord of the Rings."

I would never steal bald eagle eggs and cook them for breakfast, or, worse, throw them at the disabled. If I mistakenly took bald eagle eggs, I would incubate them myself and make certain that they were hatched and returned to the wild unharmed.

I chose to return the Orb of All Knowing to its rightful place on the throneworld of Ornok 9, whereas my opponent wanted to use it to bet on sports games.

My children are legitimate and the same species as me.

I voted against a plan making castrations mandatory for the newly emerging class of gendered robots. Bigotry in any form has no place in politics.

I have never won a dirty limerick contest. If I did win, I would most certainly turn down the trophy on moral grounds.

I supported initiatives to curtail obesity by dividing fat children into multiple persons.

I do not believe defecating on the American flag to be appropriate behavior in front of children or veterans. That is why I do it in the privacy of my home.

I have never made sexual advances at underage male interns. Furthermore, I have never rounded up all the interns I harassed, stuffed them in barrels, and dumped them in the town's tar pits.

I opposed settlement on not just New Caprica, but Old Caprica as well.

I will never tell a dog that it cannot wag its tail anymore. Never. 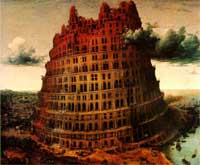 You have my word that I will not raise taxes to fund the construction of a great tower to reach to the heavens unless I'm certain that it will benefit taxpayers.

I do not believe residents should be forced to wear the Mark of the Beast. Don't expect any mandatory RFID chips implanted under your skin when I win the election. Instead I will ask you to wear a non-invasive collar that monitors your thoughts at all times.

I will not transform into a swarm of angry bats and attack your children as they play and scamper about with childlike whimsy.

I voted to outlaw the burning of obese children because it is bad for our economy and bad for our environment. Instead I embrace other alternative fuels such as dragon's breath and perpetual motion.

I never gave a mentally retarded person $50 worth of Dairy Queen coupons to fight a bear at a campaign fundraiser frequented by big city Hollywood elites.

I won't do anything. I personally pledge to delegate all reasonability to my nameless minions.

I think the choice is clear, America. You know me and you know what I stand for. You also know what my opponent stands for. I know you will do the right thing come election time and send him packing. Vote smart! Vote Josh "Livestock" Boruff!

An ongoing list of reasons why you should vote for me and not my cowardly, lecherous, corpse-robbing opponent who never washes his hands.