America and the Internet are being won over by Insane Clown Posse's latest video Miracles, in which clown-themed rappers Shaggy 2 Dope and Violent J marvel at the world around them.

If magic is all we've ever known,

Then it's easy to miss what really goes on.

But I've seen miracles in every way,

And I see miracles everyday.

But are the rappers from Insane Clown Posse really witnessing miracles? I decided to examine the veracity of their claims. After all, if we can't trust clown-themed Christian rappers with our metaphysics, then who can we trust?

Levi Johnston posted the ICP video a couple weeks ago, but I think we should all take a moment to refresh our memories. It's always a great idea to start your day with a little clown affirmation. Think of Miracles as a greasy, weed-stinking Desiderata.

Had enough? Okay, let's break it down. 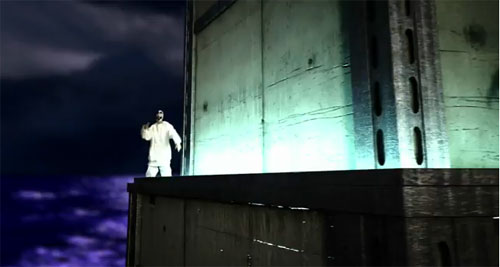 Oceans spanning beyond my sight

The horizon, or line separating earth from sky, is normally obstructed by terrain, man-made objects, or weather conditions. In large bodies of water the true horizon, limited by the curvature of the earth, is often visible. The apparent distance of the horizon is a function of the viewer's height and can be calculated as a number of miles equal to the square root of 1.5 times your height in feet or the following mathematical formula:

Violent J is 6 ft 2 inches tall, or 6.17 ft. 1.5 times 6.17 is 9.26. The square root of 9.26 is 3.04. If Violent J is standing at sea-level in the ocean on a clear day then the true horizon is visible out to a range of 3.04 miles, or the exact distance at which a mind can be blown the fuck up by the size of the ocean. If Shaggy 2 Dope is standing next to Violent J he sees things even farther away and, we can infer, his mind is even more blasted to fucking pieces by the incredible vastness of the oceans. 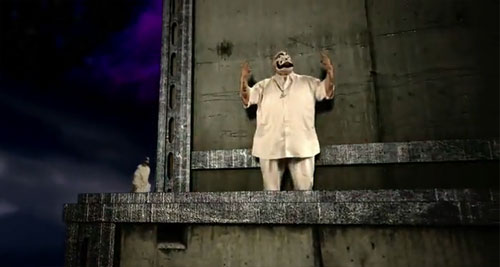 And a million stars way above em at night

At any given moment there are 13.6 million known stars "above" us. However, only a tiny fraction of these stars are visible. The unaided human eye can detect stars of a brightness magnitude of 6 or brighter on a clear night. The European Space Agency's Tycho Catalog lists 8,768 stars in this category or brighter. On a clear, dark night approximately half (4,384) of these stars will be visible. Still plenty to make your brain melt right the fuck down and ooze out of your fuckin' ears.

The earth's sky is the atmosphere above us and is visible whenever we are not inside a natural or man made structure such as a dark forest, madhouse, horrorcore rap concert, or fuckin' wicked teepee. During the day, refraction of sunlight gives the sky a blue color. Depending on atmospheric conditions and the relative twiztidness of a clown the sky might appear puke purple, guts green, or psycho scarlet.

Look at the mountains, trees, the seven seas / And everything chilling underwater, please

Marine copepods - tiny crustaceans chilling underwater - form the largest animal biomass on the planet. They have never seen a mountain or tree and lack the moderately-developed central nervous system required to gain entrance to the Dark Carnival. A copepod's simple eye can detect variations in light and dark to determine when (but not which) one of the six Joker Cards is being held up.