"Get up, get up, get up and see, revolution on the TV. Will you, will you, get your nails dirty, or are you only just a rock and roll pussy?" - Todd Rundgren


Corpus Christi is burning. The flames light the southern skies where strip malls and gas stations and suburban developments are consumed. The battle between the Children and Harper Paine's First Texas Defense Division has swallowed us up in a single chaotic gulp. Gunfire echoes from every direction and none at all. The sound is disorienting, from the rapid fire rifles, booming shotguns, and pistol-popping, to the screaming men and women, shattering glass and the sharp crumple of wrecking vehicles. And the fire. The fire itself has a sound. Like the distant moan of a giant.

Paine's irregulars are attacking up every major street into the city. They are blasting every gun they have from the backs of their trucks indiscriminately, whooping and hollering as they come. The Children are fleeing and attacking simultaneously, terrified and resolute, retreating to cellars and launching ambushes from backyards without any sense of organization beyond their crazed faith.

Above it all, in the swirling updrafts from the fires, a small fleet of dark helicopters swoops and searches. Wherever we go, trying to avoid the fighting, the helicopters seem to appear from the night, engines muffled, running lights dark. They're looking for us. We've dodged them from the chaos at the mall to an abandoned steakhouse to where we are now, hunkered behind the back wall of a fast food restaurant. At least Sondergaard has stopped fighting us. He doesn't even seem nervous.

"What about the radio?" asks Spinoza. "Can you get a call in to Major Quincy to pick us up?"

I flip the dials on Bennett's radio. It doesn't have the range for me to contact Freer, but scanning the channels I can pick up the chatter over the open networks. Paine's bunch are shouting conflicting orders, yelling for backup when they meet resistance and cheering when they break through into another block. The Children are less active, but I can hear Childs' voice, soft but strident, commanding his remaining forces around the mall to muster for a counter attack. Whoever is in those helicopters is noticeably silent, probably using military gear I can't intercept.

"Need to get our hands on a vehicle," says Pike. "Something big, with a fuck-off prow on the front."

"Bad idea," says Spinoza. I agree with her. The streets are where the worst fighting is taking place. We don't have the firepower to fight our way through that.

"We need to get inside," I say. "This radio doesn't have the range to get the Air Force. I need a phone."

We duck our heads as a helicopter roars over us. It's so low the wash of the rotor pulls at my jacket. The helicopter pivots in the air, coming back at us and dropping towards the lot. I can almost feel the IR scopes crawling all over me.

The helicopter touches down, tapered body, ultra-modern with enclosed tail rotor. Dismounts come boiling out of it in full rock and roll. Blue combat pattern on the sort of gear that makes those bikers from Freer look like street thugs. They've got to be Les Sentinelle. There's no fighting them. Not with a revolver and some sharpened sticks. I run. Clearing the asphalt and leaping over a hedgerow. I bolt for the open road circling the mall. I only slow to make sure everyone is still with me.

"Pick it up, Vargas," I shout. "You don't want to get caught by these people."

He nods and hustles up. The Sentinelle team is on our heel, their helicopter is back in the air, turning and coming after us again. It thuds past us, over the road, and gets a burst of machine gun fire from the ground. Up ahead, some of the Children are riding on a technical, blasting away with high-caliber tracer rounds.

"Keep moving," I shout. We clear the road and flee between a nearby Laundromat and a shuttered gas station, past a crowd of Children crouching against a privacy fence, towing shopping carts full of looted electronics. They stare at us, dull-faced, too terrified to say anything. The sound of the technical's heavy machine gun makes them cringe. 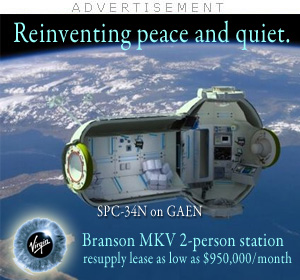 Over the top of the privacy fence I can see the pickup's gun spitting streams of bright tracers up into the sky. The man on the gun mount can't keep up with the helicopter's nimble moves. It weaves between the sailing tracers, lowers its nose, and fires from recessed gun pods on its fuselage. I hear the roar of the guns a moment after they begin firing. The truck and the men on its back twitch and disintegrate. Sparks fly and flames begin to curl from the shuddering wreck. Black smoke billows up. Sucked by the helicopter's intakes, the smoke obscures my view of the sky.

The fireball might blind their IR sensors. It's not much, but it's an opening and we take it, following the privacy fence for half a block and cutting down an alley drive and out past another fast food restaurant. We're not far from dense housing, and if we're lucky we can lose our pursuers in the suburban jungle. Spinoza is beside me. Her ponytail has come untied and her black hair flows behind her as she runs, like a black scarf. Bennett's huge revolver is still in her hand.

She's right. The helicopters must be prowling nearby if I can hear their muffled engines over the din of battle. The fighting is clumping up, sudden violence where small groups meet each other and engage in brief, intense firefights. There's one happening close enough that I can hear a woman yelling, "Kill 'em all!" over and over.

"Houses up ahead." I point to the row of townhouses across the street. "Bypass and we'll get inside one on the next street."

We scale the fences and dash across backyards. Ignoring barking dogs and stumbling over watering hoses and swing sets. Up and over the back fences and into the yards on the next street. The smell of smoke is much stronger here, but the fires seem distant still.

"Car over here," says Pike, gesturing to a red Chrysler. "Want me to wire it up?"

"No goddammit. Let's get inside the house."