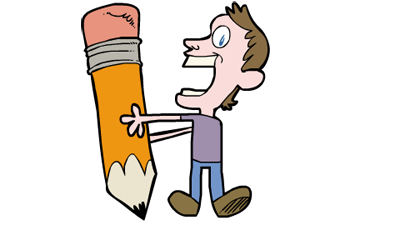 Few markets have been hit quite as hard by the economic downturn as the oversized novelty items industry. Giant sunglasses, pens and hats were once popular as gag gifts, comedy props, and decorations, but sales have plummeted, forcing many historical manufacturers to let go of hundreds of experienced employees.

"It's a shame, a crying shame," said Frank Tittlewitz, a former employee of major giant novelty item manufacturer Macroscopica Inc. As he packed his meter-long fountain pens into his car-sized suitcase, he told us about his three-decade history with Macroscopia.

"I was the one who made the giant combs that appeared in Spaceballs, you know. Mel Brooks himself called up the company, asked us to do it. The boss knew I was the one for job, too."

"Once the market picks back up, we'll have a spot waiting for you," Mr. Bult said to Mr. Tittlewitz, before handing the man his twelve-foot-long severance paycheck.

"It kills me to have to do this kind of thing," Mr. Bult said, leaning back in an office chair that would make medieval kings jealous. "It's just that nobody is buying giant staplers or giant calculators or giant anything in this market. It's hard for us to stay afloat."

Macroscopia Inc. had to part ways with more than 70 percent of its employees, leaving the company with only a barebones staff trying to make ends meet until the recession lets up.

"Macroscopia hires artisans, artisans I say," Mr. Bult said. "Frank Tittlewitz is a bloody genius at scaling household items, and we had to let him go. Unbelievable." 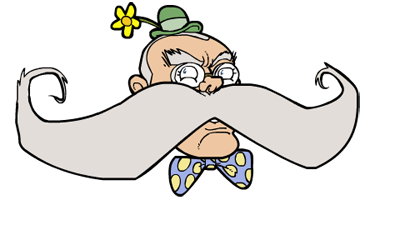 Macroscopia, however, is one of the luckier giant novelty item producers. Two of the company's biggest competitors, Big and Hilbert's Novelties, declared bankruptcy and were forced to liquidate entirely just last month.

"It's a shame to see them go," Mr. Bult said. "They were our competition, but at the same time I had a lot of professional respect for them. And I'm not inflating that, either."

Mr. Bult claimed the company's long-standing dedication to giant novelty items was the key to it surviving even the harshest economic climates. He explained Macroscopia was one of the first businesses to introduce pivotal giant novelty items to a burgeoning market, pioneering many important developments in object-magnification technology.

Of course, corporate changes are often necessary in order to adapt to a market focused on reduced spending, a reality Mr. Bult knows only too well, with his company beginning to look into new novelty item markets.

Mr. Bult stood up, walked to his window and gestured outside. From his vantage point, you could see the vast emptiness of his once-great factory, as well as a fifty-foot-tall giant novelty violin leaning carefully against a seventy-foot-music stand.

"See that violin? Look how big it is. My father made that; a working giant violin, the world's biggest, complete with authentic macroscopic polymer strings and everything. Perfectly tuned. Nobody but a giant could ever manage to play it with it being that big, of course, but that's the whole point. It's hilarious!" Mr. Bult turned away from the window shaking his head, a faint smile on his lips. 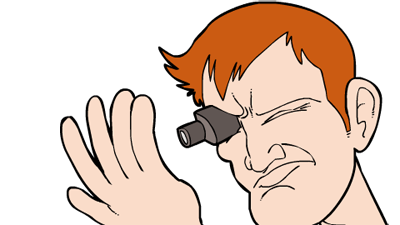 "Meanwhile," Mr. Bult opened his hand and held it to us, "Take a look in my palm. I'm holding right here the world's smallest violin. Can you see it?"

I confessed that I could not.

"Indeed, I doubt you could. I may very well not have anything there, as far as you know. With tiny novelty objects, it's easy for one to make a joke about an item being so tiny you can't see it; you don't even have to purchase the item in question. The tiny novelty object market is inherently flawed."

Still, Mr. Bult knows that change may be necessary for Macroscopia, if it doesn't want to end up like its competition. Mr. Bult wiped tears from his eyes as he stared outside the window, playing a faint, forlorn song on his tiny, tiny violin.