UFOs are simply flying objects that cannot be identified. Most sightings of UFOs are of mundane objects or explainable phenomena: distant aircraft, blimps, clouds, or reflected light. Even among UFO watchers who believe UFOs to be visiting aliens there is little support for the idea of supernatural or divine involvement.

Rivers are subject to natural events and man-made direction. The earliest recorded dam was constructed nearly 5,000 years ago by the Egyptians. Rivers are routinely directed to fill or drain reservoirs and their flow is used to generate electricity. A Google search for "Shaggy 2 Dope's Flow" returned no results, suggesting the presence of a dam or natural obstruction. Or a miracle????

Nature does grow from seeds, but not when it's all seeds and stems and they've been stepped on as hell. Sorry, Juggalos. Buy some real weed and then you can grow a weed tree. 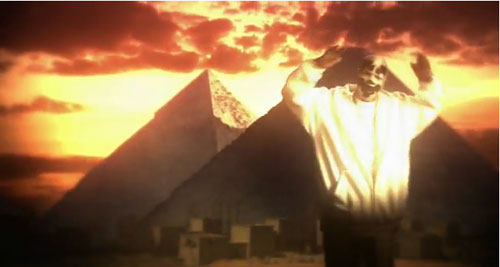 Niagra falls and the pyramids / Everything you believed in as kids

The Egyptian pyramids were constructed in the name of the pharaohs. These living gods were believed to bridge the gap between mankind and the ancient god Osiris. The Pyramid of Khufu is the only Wonder of the Ancient World that has endured to the present day. Far from being miraculous, the impressive feats of engineering required thousands of slave laborers and skilled craftsmen. Larger pyramids could take a generation to build.

Children lack a coherent, let alone uniform, belief system. They do not understand the workings of the world around them. This is the basis for trying children separately from adults for all but the most heinous crimes. For example, say your road manager William Dail gets mad at an Eminem fan making fun of ICP and decides to choke him unconscious. He is a grown-ass man and he will be charged with assault.

Now say a 13 year old Jugalette mom locks her baby in her car while she's waiting in line to get her chest autographed by Twiztid's Jamie Madrox. It gets up to 150 degrees in that car and her poor little Wicked Wee One is baked alive. She is only 13 and will probably get off with a few hours of counseling. That's because everything kids believe in is stupid. 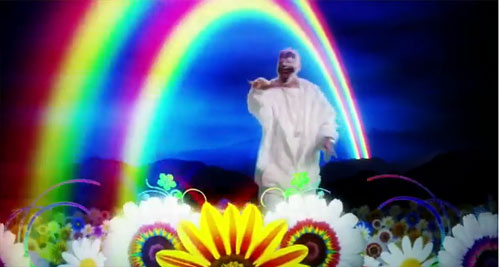 Light refracting in water droplets creates a visible band of color depending on the angle of viewing and intensity of the light. Feel free to test this out with a garden hose and your thumb the next time you want your brains blown. 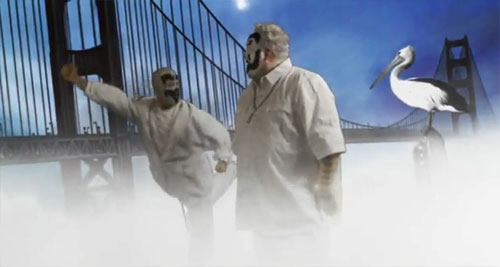 I fed a fish to a pelican at Frisco bay / It tried to eat my cell phone, he ran away

Pelicans will eat pigeons, cats, rabbits, and baby pelicans, and none of these are even 3G.

And music is magic, pure and clean / You can feel it and hear it but it can't be seen

Music is Magic was a 1935 movie musical starring Alice Faye. Insane Clown Posse are correct: it is not currently available on DVD and therefore can't be seen.

Is it possible to discern the workings of magnetism? Which motherfuckers are lying to Shaggy 2 Dope? What do Juggalos, ghosts, and an eclipse have in common?

Find out Friday, when we examine the magical miracles in the second verse of Insane Clown Posse's smash-hit "Miracles."