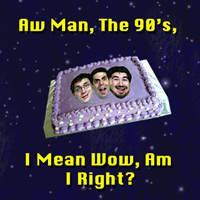 "Aw Man, The 90's, I Mean Wow, Am I Right?": Hey, remember Rugrats, Fruitopia, and not having to deal with medical bills? Then this 3-hour twice-weekly podcast is for you! Hosted by "The Goof Troupe" (Brian, Steve & T.T.), each episode features one host seeing if the other two hosts remember something. For example, Brian might go, "Hey, remember VR Troopers?" Steve and T.T. would then try and remember VR Troopers. So, if you want to listen to people trying to remember VR Troopers, you're gonna wanna download this show. 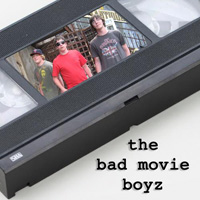 "The Bad Movie Boyz": Everyone prefers good movies. I mean, no one would intentionally watch a bad movie, right? Wrong. That was a trap I laid for you, and I'm sorry, because The Bad Movie Boyz watch bad movies all the time! And they don't just make fun of them - they use public record services, call up the directors, and threaten their lives! Wondering why you haven't heard from Joel Schumacher in a while? The Bad Movie Boyz hired a hooker to lure him into a flophouse, then beat him to death with a fire extinguisher! I mean, I hated Batman & Robin as much as the next guy, but does a man deserve to die for it?

"How To Grow Your Business, Then Shrink It, As A 'Fuck You' To Your Employees"

"D&D For Dogs, with Barko The Dog Wizard"

"Wrassle Frassle!": Professional wrestling is beloved by stupid kids and emotionally stunted adults alike. So let's dish on it! Join failed pro wrestler El Puncharino and his panel of other wrestling podcast hosts as they discuss why wrestling isn't good anymore, and why it was better when they were literally children. Together, they'll create a body (slam) of work that will provide little comfort on their deathbeds!

"Celebrity Annihilators": Ariana Grande? No way! Here's a podcast that looks squarely at Ariana Grande and says, "No way!" From mocking celebrities for having fucked-up-looking babies to throwing rocks at said babies, nothing's off limits for this crew! Hosted by a painstakingly calculated mixture of women and said women's gay friends, Celebrity Annihilators is the show that-- oh wait, nevermind, they stopped after 18 episodes. Guess they got tired of it.

"Rachel Bilson's Manager Told Her To Do This"

"Sports For People Whose Sports Knowledge, On A Scale Of 1-10, Is A 6": Do you eat, breathe and live sports? Then this podcast is NOT for you. It's also not for people who know nothing about sports. Says host Tom Layfield, "We thought we were targeting an untapped demographic, but turns out, we just made one up. This was a bad idea, and I'm very sorry." The hosts of SFPWSKOASO1-10IA6 would love to stop doing it, but everyone's afraid if they quit, they won't hang out as much. Tune in to hear relationships slowly fade, and in-depth discussions of LaMarcus Aldridge (but NOT Boban Marjanovic.) 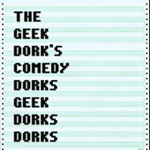 "The Geek Dork's Comedy Dork Geek Dork Dorks": It's time to "nerd out" with three guys who'd rather argue about Star Wars than do anything else....including improve themselves! Christ, these guys are a mess. I'm sorry. I know I'm supposed to be neutral here, but I can hear how fat one of them is. It's not "funny" fat, either, it's that kind of fat where he sounds like he's breathing stew. I get the sense the other two hosts spend a lot of time alone. This podcast makes me sad. I'm gonna call my parents...just to say hello.